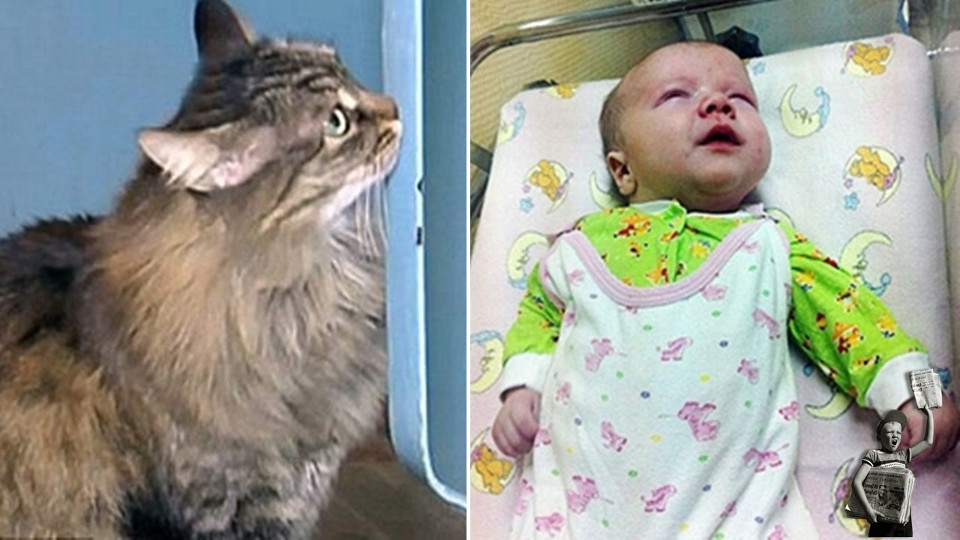 Her name is Masha and she become a hero after she saved an abandoned child!

Masha is a community cat adopted by an apartment block in the small city of Obninsk, located in the Kaluga region of Russia. At the beginning of the year, in January, Masha found a baby boy abandoned in a box on the side of the road. Masha knew immediately what to do! She spent the night in sub-zero temperatures next to the baby to keep him warm and alive! She also meowed loudly until another human could hear her find the child.

A resident from the neighborhood named Irina Lavrova, discovered the cat with the baby. She was taking out the trash and she heard Masha meowing loudly so she went to check on her. The baby was boy was rushed immediately to the hospital.

Masha stayed next to the child for hours. Masha’s body heat is the only thing that kept him alive! When the ambulance come Masha tried to follow the car as she didn’t want to abandon him. She even waited in the same spot for hours, hoping that the baby will be brought back. Thanks to Masha the baby is safe and healthy!

Many people have offered to help out and to adopt both the baby and Masha. Masha is now both local and world celebrity! It seems for now Masha decided to stay with the kind people who always took care of her.