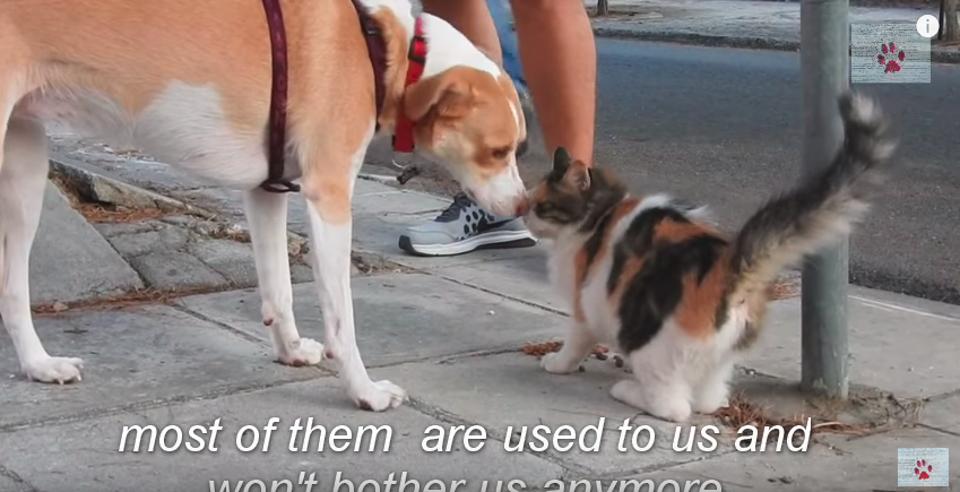 A young couple from Greece and their adopted dog, Meli feed and care for 30 stray cats in their neighborhood.

Meli went along with cats since day one! At first Meli was the only pet in their house. Their next pet was a cat who followed them in every walk. One day he got sick so they needed to take him inside the house for treatments and he remained there.

The amazing couple feed the stray cats three times per day, each time they walk Meli. So Meli’s walk is combined with feeding cats too. And the cats have combined feeding with Meli as they won’t go to eat if Meli is not there!

Not only that they feed the cats but they also neuter them! 99% of the cats are already neutered! They also found homes for some of the cats. Usually the most unlucky cats are a priority when it comes to adoption. If a cat gets hurt or sick she needs to be removed from the street so they help those cats by nursing them and finding them homes.

When they started they didn’t know much about cats but they learned that is better to neuter them and take care of them.