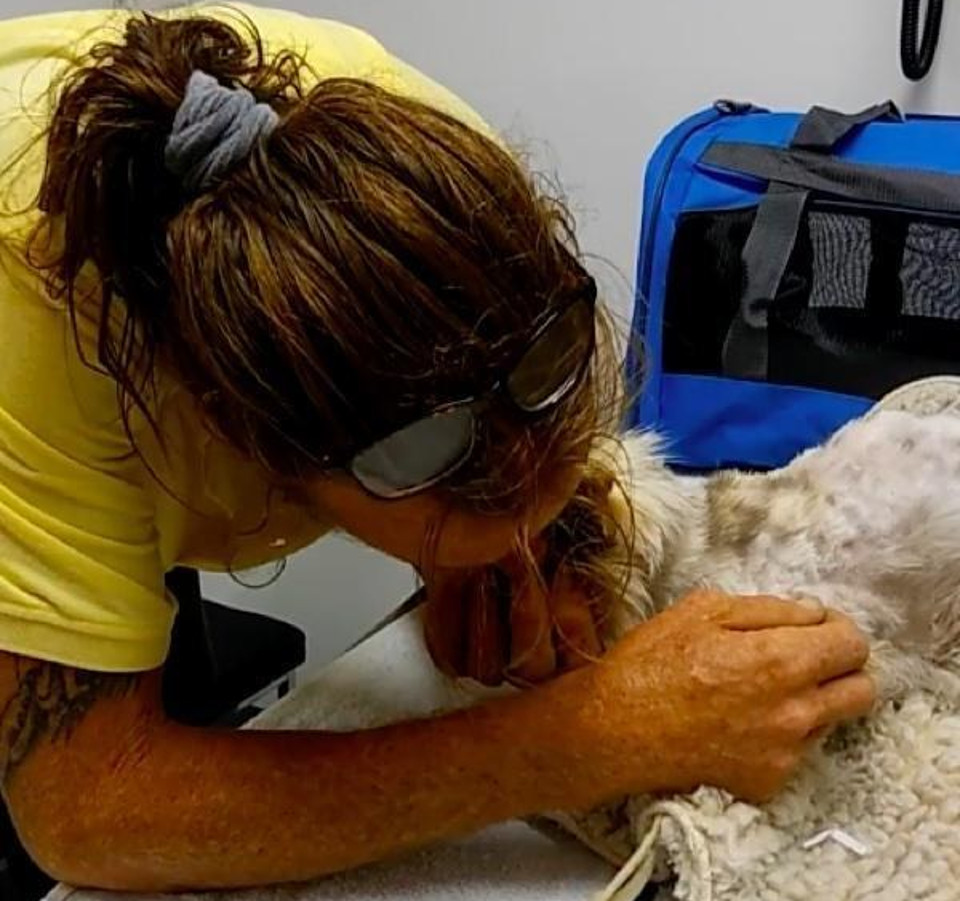 Raymond McNamara was traveling cross-country from California with his beloved cat Lily, when the long-haired Himalayan wandered off and got lost in South Florida. Devastated, the man alerted the authorities to help him find his deaf and blind kitty.

They organized the search party trying to find Lily but unfortunately they didn’t find her. Raymond left back home thinking his cat was gone. After two months he received a message on Facebook that a lady found a cat at the construction site where Lily was lost. The cat was Lily!

Lily, who is blind and deaf, had survived two months on her own in the heat and in the bad weather with torrential rain. She was not in good condition, he was terribly matted and sick.

The staff at Saving Sage teamed up with Pet Express Animal Hospital to nurse Lily back to health until McNamara was able to travel back cross-country to pick her up. She was hospitalized her and put on IV fluids.

Once McNamara arrived, he burst into tears to see his beloved friend again. He said he is never going to let her out of his sight again as she is his world!

Watch the emotional reunion in this video: