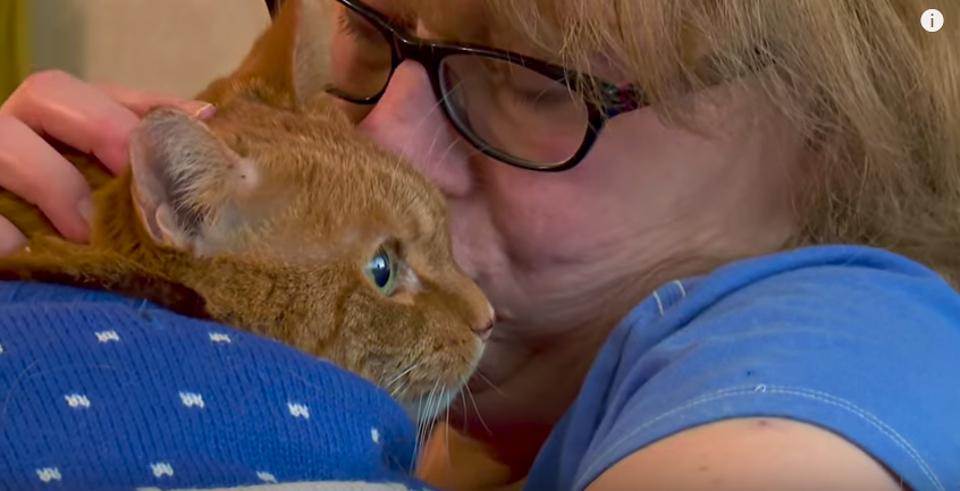 For some people cats are just cute pets to have. For other people cats are not only their companions but also their protectors. Sure, they small, and their strength may not compare to that of a larger animal. But cats are quick, smart and their reflexes are impeccable. With all these skills unite, cats can be life saving animals and they were many times life saving heroes. There are many stories about cats who saved their humans.

We often hear stories about dogs that are heroes, but furry friends of all types can also be heroes especially cats. Like Tony the cat. Tony is an amazing cat that saved his owner from a fire that destroyed their home. Robin rescued Tony the day he was supposed to be euthanized. Eleven years later, Tony returned the favor and risked his life to save Robin.

Tony got his Robin’s attention when a fire broke out at their Fairborn, Ohio home one morning in January. The cat got her attention with his loud meows. Even if she heard his meows, she wasn’t unable to find him amid the smoke and flames.

Firefighters located Tony and took him out of the home. His stomach and paws were on fire when he was found and he suffered third degree burns. He was taken immediately to Towne and Country Animal Clinic to be treated for his burns.

Robin was sleeping in bed with her dog when her apartment became engulfed in flames. She woke when she heard Tony meowing in a very strange way, almost like an alarm call.

“It wasn’t a meow meow, or an attitude yowl,” she said, “It was just a consistent meow.” Robin said.

Tony’s burn injuries were treated with love and care and he recovered. He lives a happy life with his mom who is so grateful to him!