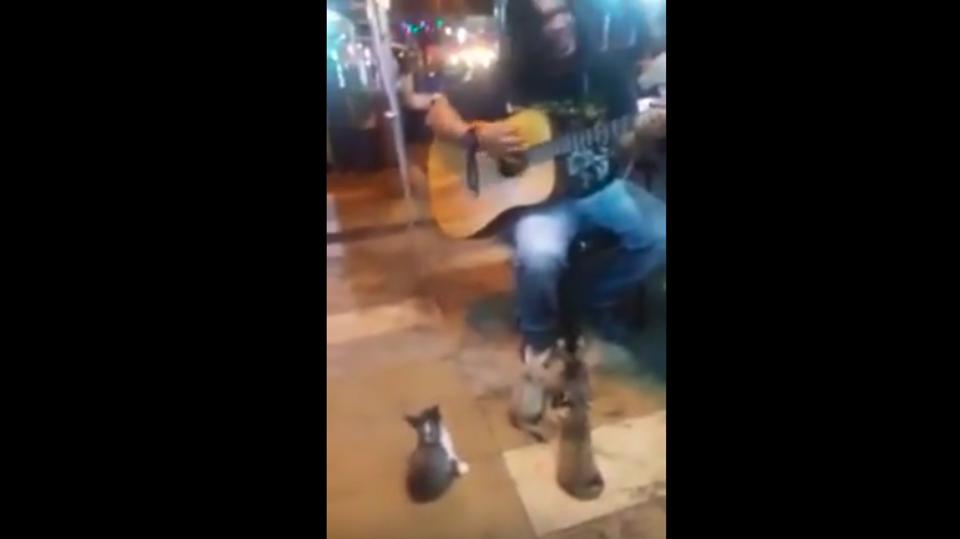 A singer who was performing in the streets of Pangkor in Malaysia had the most cute audience ever!

Four fluffy kittens were fascinated by the way the singer was playing the guitar. They were sitting right in front of him, with their heads tilted up being captivated by the music!

The person who filmed these nice moments wrote:

“My friend just finished his busking on that night but not many people heard him sing. He was feeling upset, then he sits and relaxes and sings the song just for fun.” “Suddenly, the kittens (three-months-old) come and sit in front of him.”