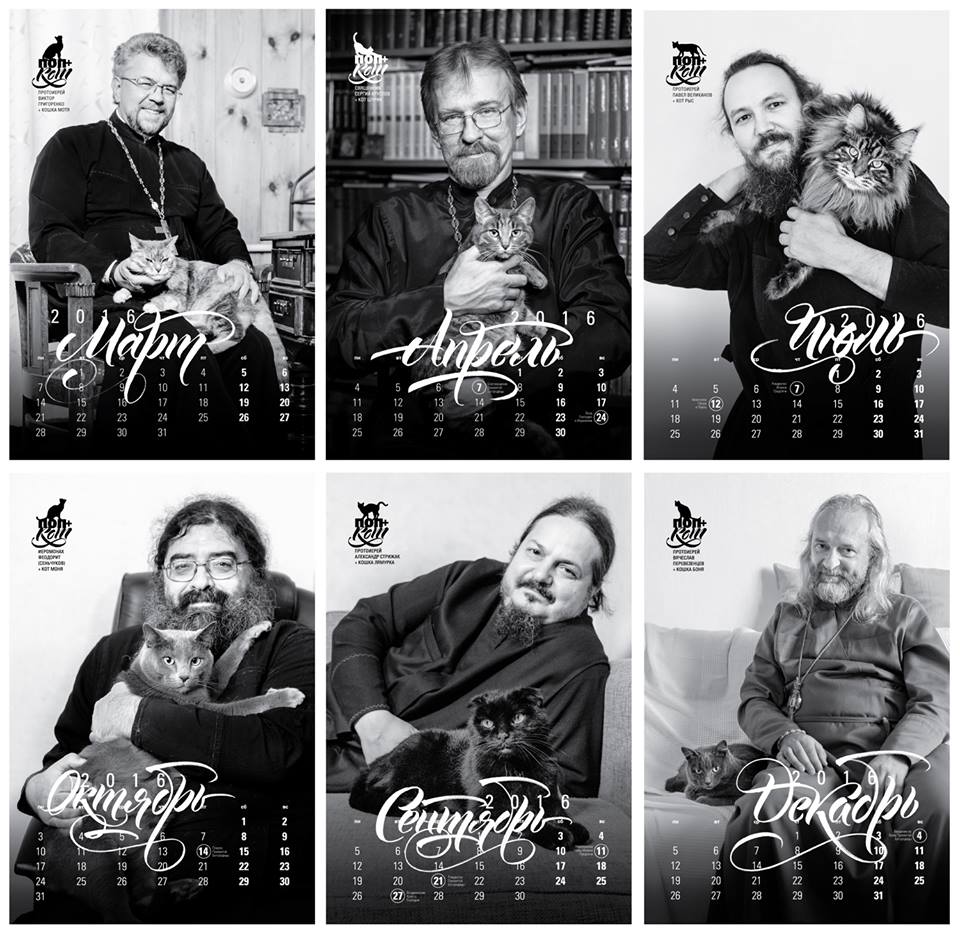 This calendar was made to promote ‘modern orthodox culture’, and is a response to the annual Italian Calendario Romano, which features photos of Catholic priests.

The calendar starts with archpriest Oleg Batov and his cat Apelsin. For February we can see archpriest Pyotr Dynnikov who is photographed with his two pets Angola and Vasik. He also runs an animal shelter.

The project’s coordinator, Xenia Loutchenko, said the casting for the calendar was spontaneous “It was whoever had a cat and was ready to pose for a photo”. She also said that the calendar is not officially supported by the Russian Orthodox Church.