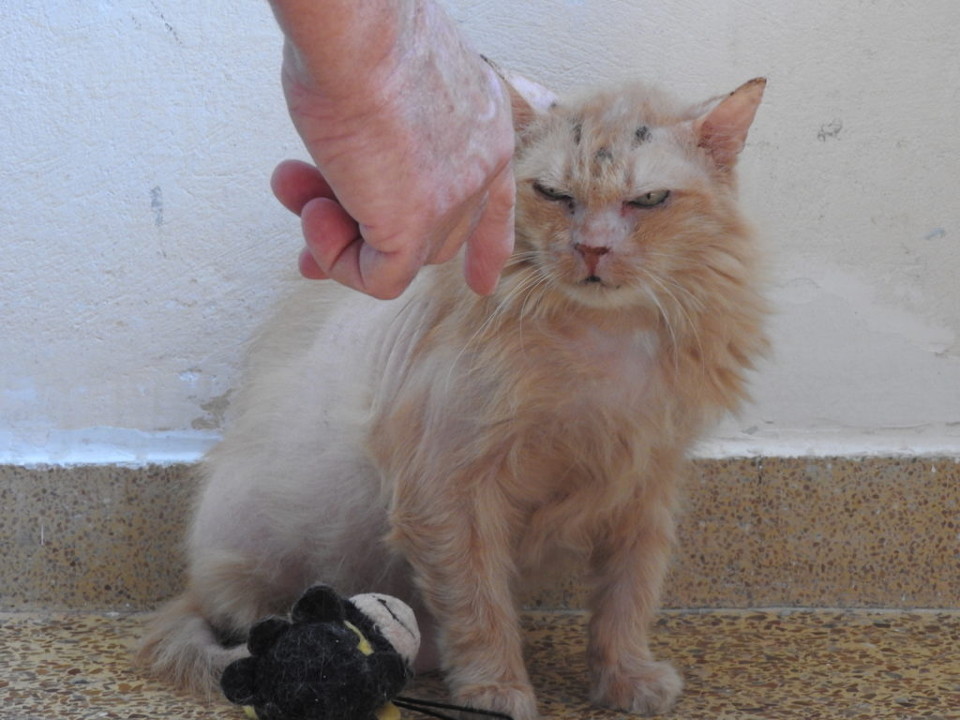 Cinnamon, a 17 years old cat, was thrown out of her home after her beloved humans, an elderly couple, died a few months apart from each other. Cinnamon remained in the “care” of their relatives who only wanted to get rid of her and sell the apartment.

After many strangers tried to catch the elderly cat without any success, Cinnamon was finally captured by a volunteer from SCARS and was removed from the place where she wasn’t wanted any more, her home.

Cinnamons rescuers offered her a warm a foster home. She has a clean room, a warm bed, good food and all the medical support she needs.

“Abandoned at 17, after losing everything and being abused and mistreated, Cinnamon came to us angry, confused and full of hatred. And while we thought that her days were counted, she didn’t just survive, against all odd, she thrived.

I am a dog person – you might have figured it out already, but what I shared with her can not be out into words, so I won’t even try. I have been been filming her since the days she was rescued by SCARS. For months I thought it would just be a sad requiem – she didn’t really seem to be making any progress, at least not towards humans, and imagining her dying angry, confused and among people she hated was juts too sad.

We thought we had given her a “home” to spend her final days, and for months we believed that this was all we could do. But Cinnamon wanted more from life, and she got it. She is too old, and too fragile to be put for adoption, so this will be her home, for the time she has left. Beside, home is where the heart is, and her heart is finally with us, even if it took her six months to surrender.” wrote Cinnamon rescuer in the description of the video that presents her story on YouTube.