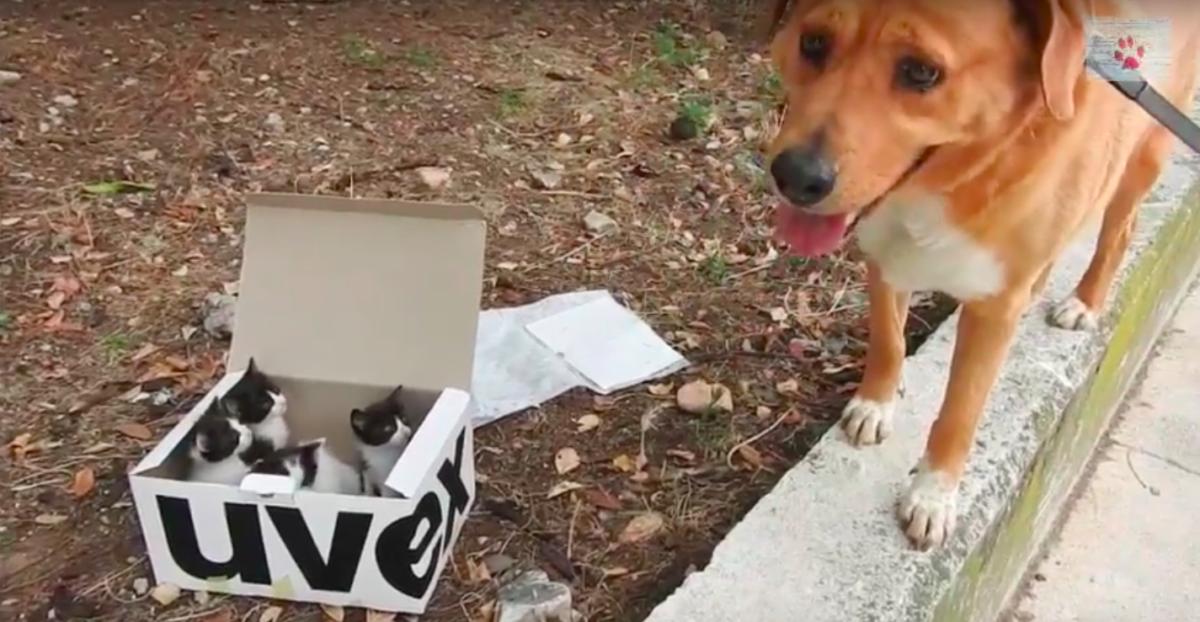 One volunteer from SCARS, an animal rescue organization from Greece, has a rescue dog named Aragon. They often take Aragon for walks near the mountains, where many pets like kittens, puppies, bunnies or birds were abandoned in cardboard boxes. Sadly, hungry foxes got many times to them before rescuers did.

One day they were walking with Aragon when he began pulling rescuers toward a box. The box was full of kittens! Aragon is now their hero as he got to them just in time, because soon enough, they would have been eaten by a fox or another animal, just like many of the other abandoned pets were.

The kittens were taken to safety. They were healthy but they needed to get round-the-clock care from staff. Aragon became their foster dad, and he did his job so well! He snuggled up with them, protected them and made them feel safe and loved.

Watch the amazing friendship between Aragon and his foster kittens! Please share it with your friends and family.