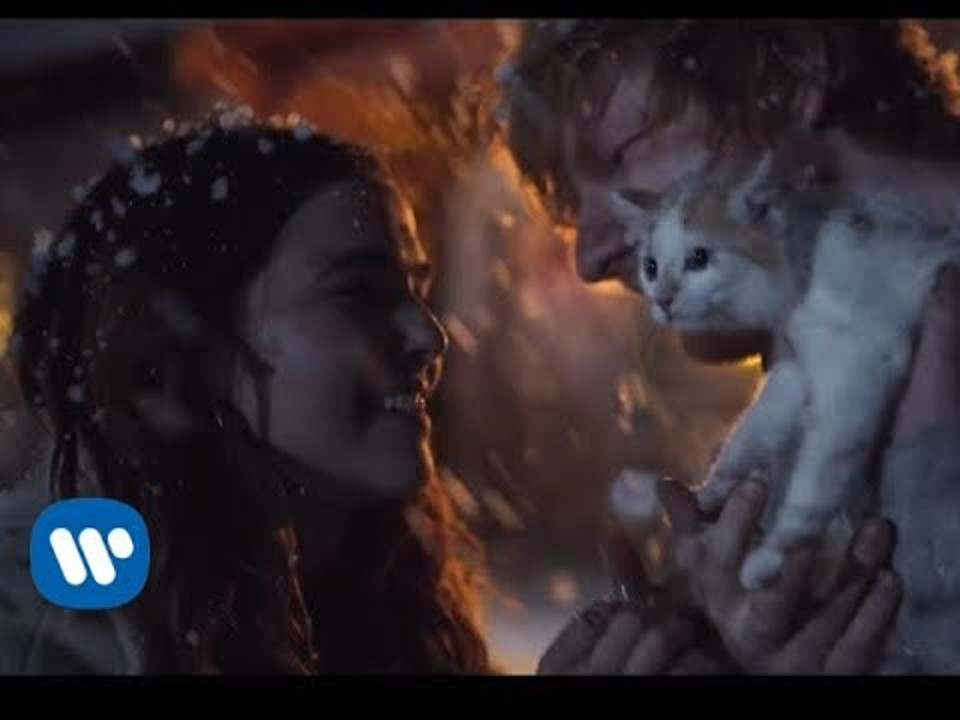 For centuries, cats represented so many things to the world: a symbol of nobility, a muse to the arts. Is there anything kitties can’t do? Yet even as they rule the world and the social media, most of them would like us to think they’re happy just to chill on the divan with a ball of catnip. The truth is they secretly want to be pop stars! We love their meowing sounds, their friendly purrs, their soft coats and pretty much everything about them. Another thing we do love is when one of these little critters pops up in a music video! Cats have infiltrated our pop culture in the best way possible. They’re adorable, sometimes disturbing and somehow, make music videos much better.

There are plenty of artists holding it down for the kitties on MTV and, of course, the Internets.

It’s a well known fact that Ed Sheeran is a big cat lover. He loves cats so much he bought one of his furry friends in a video for the first time in “Drunk” clip and it was brilliant. The video, written and directed by Saman Kesh, starts with Sheeran coming home and sitting down on the couch, depressed. As he opens a can of beer, he notices his cat talking to him. Together they drink beer and do various activities, and later they go to a pub.

Ed Sheeran ‘Perfect’ clip, directed by Jason Koenig, is set in a snowy, beautiful ski resort in Austria where Sheeran vacations with the actress Zoey Deutch, and a some friends.

The couple dance in the snow and adopts an adorable ginger kitten! Love is always helped along by the presence of a cute kitty, and lucky Ed finds a kitten in the snow outside his chalet to seal the relationship.