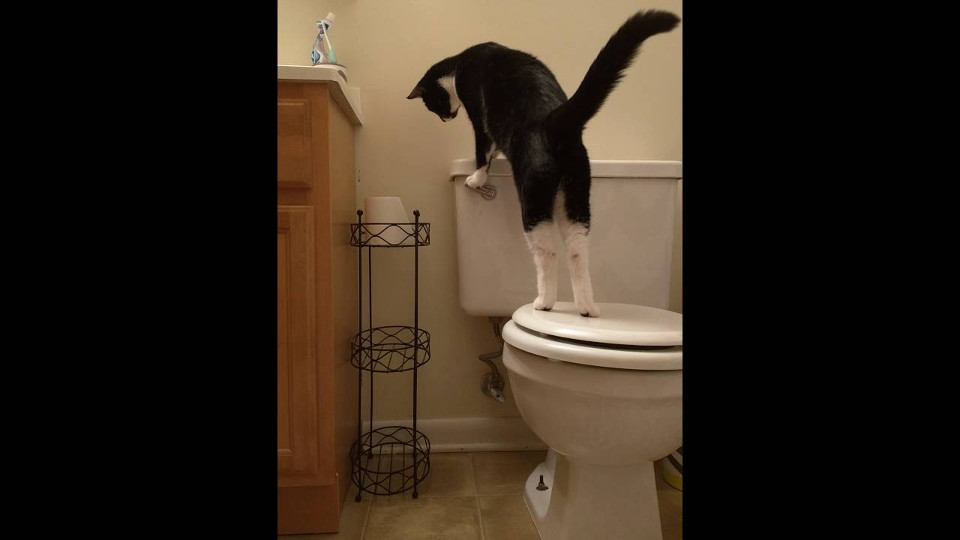 Curt Coleman noticed that his water bill has been higher than it usually is, but he had no idea why. He wasn’t doing anything differently, so he was very surprised when he saw how much he had to pay.

Recently, he discovered the reason for the high water bills. One day, he noticed his cat, Crazy Eyes, doing something unexpected. He was standing on the toilet’s lid in the bathroom and using his front paws to push down the flush handle. It seems Crazy Eyes had been flushing the toilet many times throughout the day when Coleman was at work! After a while he started doing it in front of his human, which is when he eventually caught him.

“Hearing the toilet flush when I am in the house alone can be startling. Especially after watching The Conjuring…in the dark…BAD CRAZY! BAD CAT!” the man joked in the Youtube video’s caption.