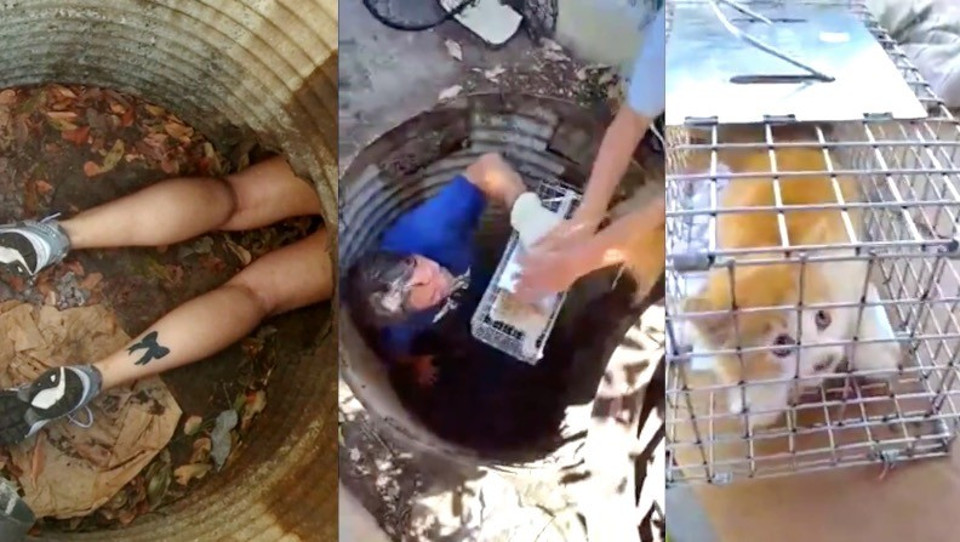 A poor kitten was found in the bumper of a van in Corona, California. A few people tried to get her out but she got scared and she jumped from the bumper and landed on a storm drain grate, then fell into a 7 foot hole.

Volunteers from Sierra Pacific Furbabies were notified about the bad situation so they quickly come to try to rescue the kitten. She got more scared and she retreated into another pipe just 24 inches in diameter.

They put a trap into the hole with some fish inside and after they found another manhole 350ft away, they had an excellent idea! They used a radio controlled car to try and get her to the other end where a trap was in place. Four days they kept trying to catch the kitten but she didn’t want to enter the trap.

The kitten needed to be taken out urgently. They found Megan Welch, a young energetic animal rescuer who entered the pipe to try to catch the kitten. The kitten got very scared when she saw Megan but Megan spent some time with her and she was able to touch her.

The cat was named Cali and she was adopted by Megan, her rescuer! She is in good health and lives happy with her new mom!

Watch her story in the video below: