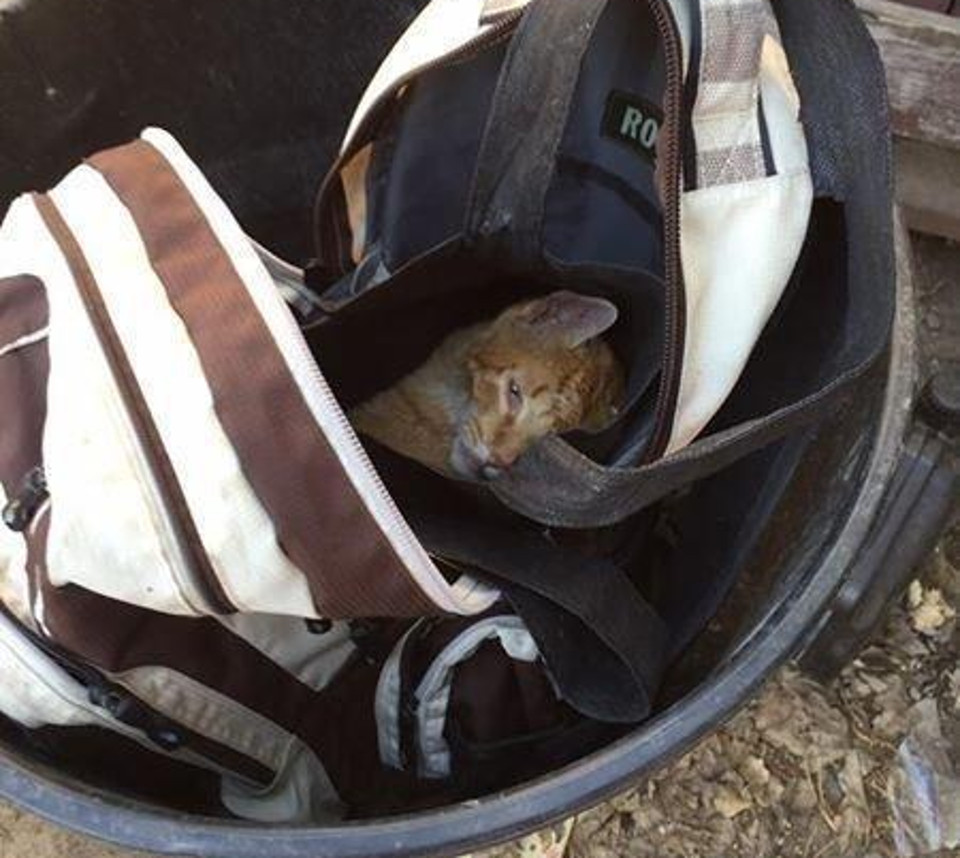 Hiro was found in a backpack nearly dead. A woman in Alberta, Canada was taking out the trash when she noticed a large backpack in the garbage can. At a closer look, she realized that something was moving inside.

She opened the backpack to see what was moving inside and she was surprised to discover another bag inside. She and her partner untied the bag and they discovered inside a poor cat who was nearly dead.

The woman immediately rushed him to Alberta Animal Services who took the poor kitty at the vet. The cat suffered from injuries and starvation. They didn’t knew for sure if he will survive that night, but they refused to give up.

Hiro decided not to give up and to fight for his life. After just one week of treatments he looked like a different kitty with clear eyes and with much more strength.

The first thing he wanted to when he could stand was to walk up to the humans who cared for him and give them snuggles.

“Hiro is standing and walking (regardless of his broken pelvis) He is showing signs that he is regaining his vision back and he is happy to be alive!! He is so affectionate despite all that he has gone through. As soon hears or sees the animal nurses he starts purring and demands cuddles! He is eating so well and he is able to close his mouth now.” his rescuers wrote on Facebook.

He needed a surgery to repair his hips and after it he quickly started to run around, to play and to act like a happy kitty at his foster home.

“Great news Hiro is now ready to go into a foster home to complete his recovery!! We are so happy that he finally gets to leave the vet clinic and experience life in a happy loving home until he finds his permanent one! ” his rescuers wrote.

In two months Hiro made a fully recovery. It didn’t last long and he found his forever loving family and home.

Now Hiro lives in his wonderful home that he always dreamed at and he will be cherished and loved for the rest of his life!

Share Hiro’s touching story with your friends and family!