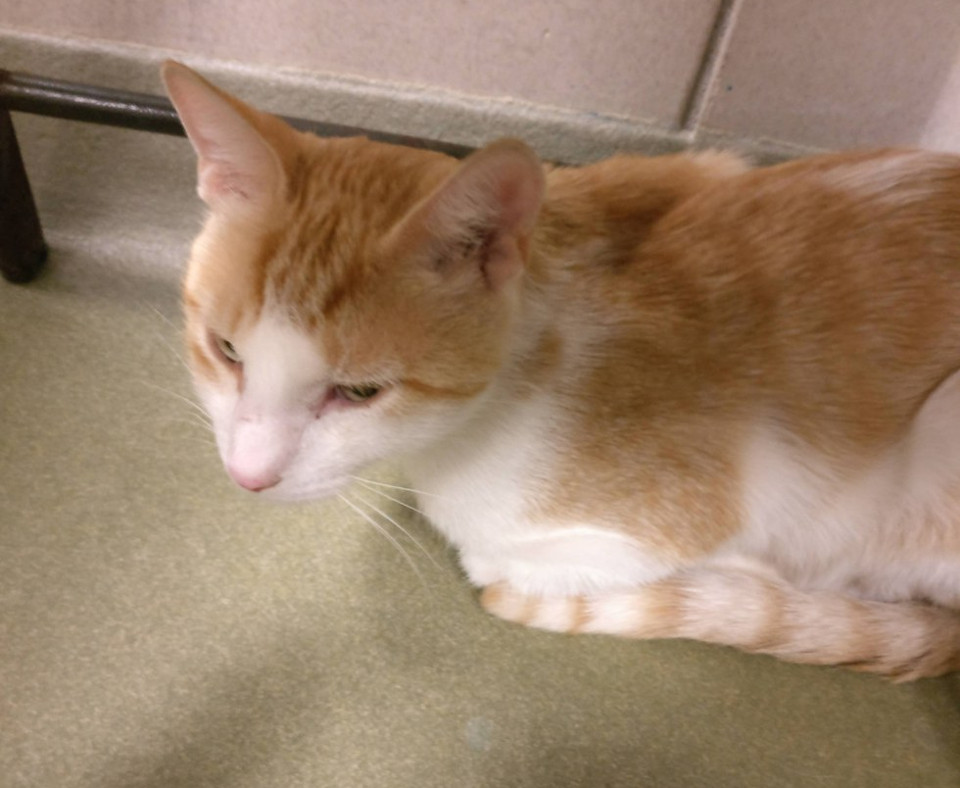 A kind hearted man took a chance on a shelter cat who was described as “extremely shy, not socialized”. The kitty was hiding in a corner wanting to be invisible when the man decided to take him home.

He named him Hobbes. “His cage at the shelter was marked ‘extremely shy, not socialized.’ I initially overlooked him because he was cowering in a corner, and his little placard indicated he was a difficult cat needing special care,” reddit user ImTheWind said.

Hobbes was saved from a hoarding situation and the former owner just put out a bunch of food for the cats without interacting with each of them.

“I utilized slow blinking heavily in the initial meeting, and made a point of never moving unless I was in the center of his field of view,” his new human said.

Hobbes needed only 90 minutes to understand he is safe and loved. He mustered enough courage to walk up to him for treats and pets, and eventually snuggled in his lap and started purring.

“Cats only sleep places they trust, and he fell asleep in my lap purring,” “It turns out he’s just very shy, and with a little patience he is very physically affectionate.” he said.

Now Hobbes is living happy at his forever home with his new human friend!