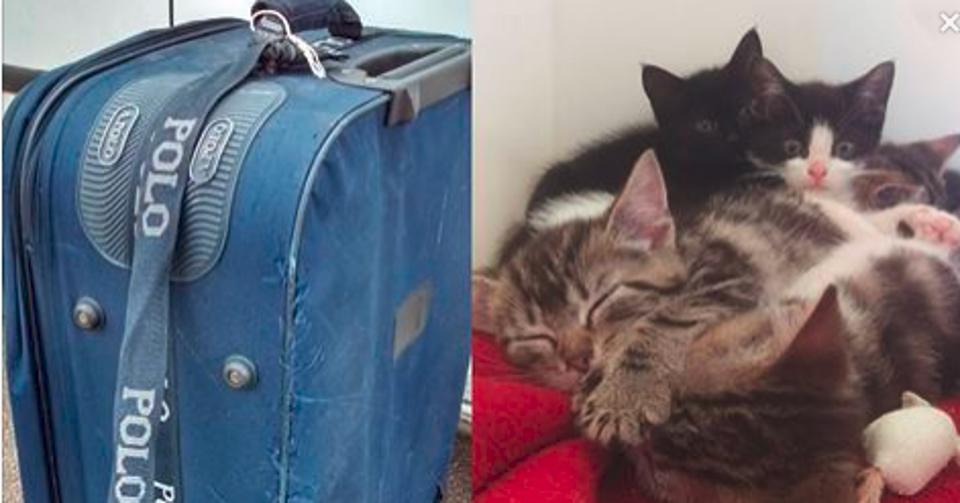 A woman was walking her dog when she noticed an old, shabby suitcase sitting on abandoned train tracks. Something was wrong as her dog began to sniff the suitcase like crazy.

The woman went closer and she heard a faint meowing. She quickly unzipped the suitcase, and inside she found a cat mother cat with eight tiny kittens. The woman took immediately the cat and her kittens to her home and called for RSPCA’s help who came and took the cats in their care.

The mom was in critical condition due to dehydration and malnourishment but her kittens were fine. She received intravenous fluids and she felt much better in a few days.

Now all of them are safe and are doing great!