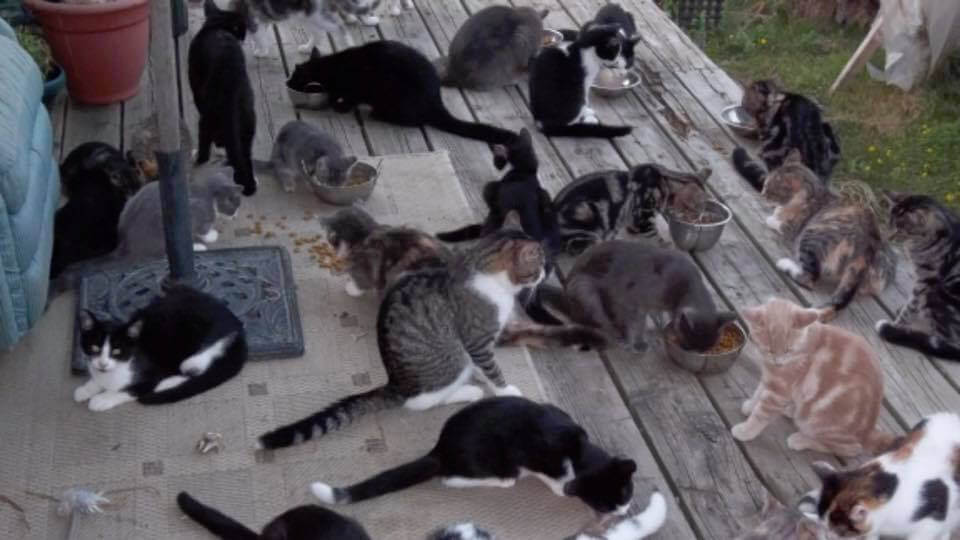 Hundreds of cats are being dumped outside barns and laneways but unfortunately, for most of them, it’s a death sentence. The people who are doing this think they’re giving their cat a good chance, a nice country life to live in a barn and catch mice… The truth is house cats and barn cats don’t mix. And farmers simply don’t want to take care of cats.

Adopt Me! Cat Rescue organization has an important message for cat owners: stop dumping your unwanted cats on farmers. Hundreds of cats are being left in rural driveways, ditches and barns. In a tiny run down barn close to Kemptville, you can find cats paw prints everywhere. The barn was home a few weeks ago to dozens of cats, many of them former house cats dumped there by owners who decided to abandon them. Their solution now became now farmers problem.

“The misconception is that the farmer will look after them,” says Janice Richard, who runs Adopt Me! Cat Rescue. “That they’ll have mice. That’s not what happens. They’re city cats, domesticated cats. They don’t know anything about the hierarchy that goes on in these barns.”

From that farm alone, Lawson rounded up about 60 cats. Most of them were unfixed and unvetted and many of them now live at Sandi’s home, where the basement has become a cat rescue. 27 cats are living in the cattery, most of them used to be barn cats. Many of them were in really bad condition when they were rescued being diseased, starved, missing eyes, but they’ve been vetted and nursed back to health.

“Although it deeply hurts my “tree hugging” heart, all I can realistically advocate is for people to stop dropping off their unwanted cats at barns. No, they will NOT be okay. Those that are not killed by farmers or other animals live extremely short, difficult lives fraught with illness and suffering. Instead, please find a rescue or care enough to find someone who will offer your cat a loving home. You brought this cat into your family so it is now your responsibility to ensure it has the best possible life – whether that be with you or with someone else who can offer your cat the proper attention and care that it so deserves. You choose to take in that animal so be a descent human being and give it a chance.” wrote Adopt Me! Cat Rescue on Facebook.