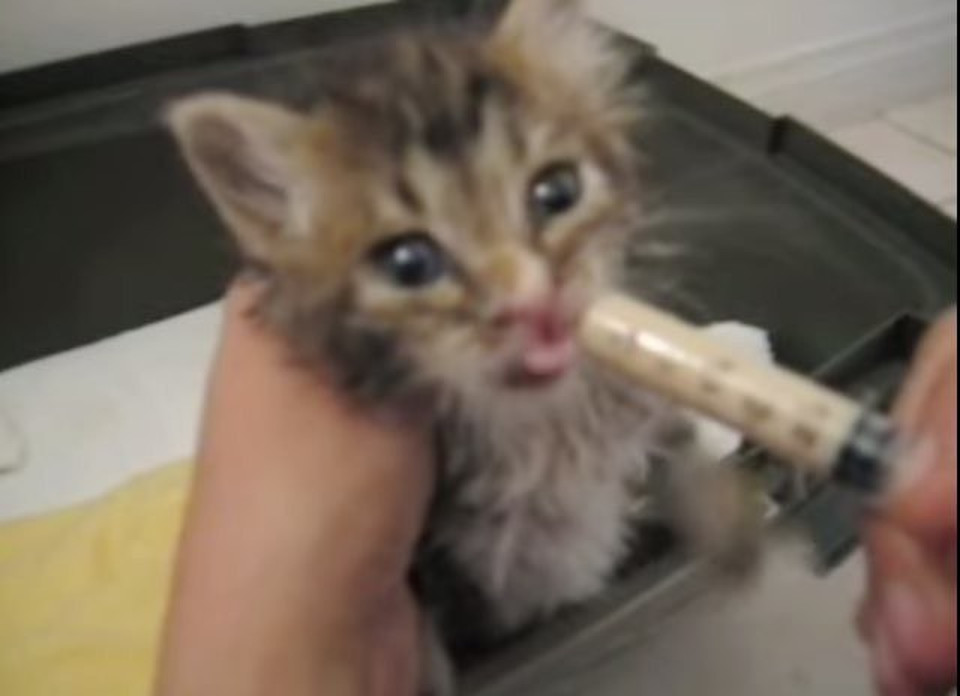 A tiny kitten has been trapped underneath a house without food or water and without her momma or siblings for three to seven days. Somehow the kitten had pulled herself out and when the the owners of the house found her they rushed with her at a shelter.

The kitten was lifeless, barely breathing, she was extremely dehydrated, anemic from all the fleas that were on her, and had either a cold or an upper-respiratory condition. A kind hearted person offered to take her in foster.

‘After a quick bath and some flea meds, we got Mila set up with a heating pad and blanket since her body was so cold, and we had to constantly massage her to keep the blood flowing. We also had to syringe feed her a special concoction every 30 minutes, even though she had zero interest in food.

In fact, we quickly saw her fiery spirit and defiant nature as she rebelled against every drop we tried to feed her (as you’ll see in the video). But, her survival depended largely on getting nutrients in her body, so we had to do what we had to do…which also included the Militant pulling out that needle and getting some subcutaneous fluids in her.’ wrote Mila’s rescuer on his blog.

In the beginning, they weren’t sure if she would make it, but she refused to give up. After 24 hours of care, she got her strength back and even started to walk.

They named her Mila the miracle kitty. Watch Mila’s amazing rescue story in the video below: