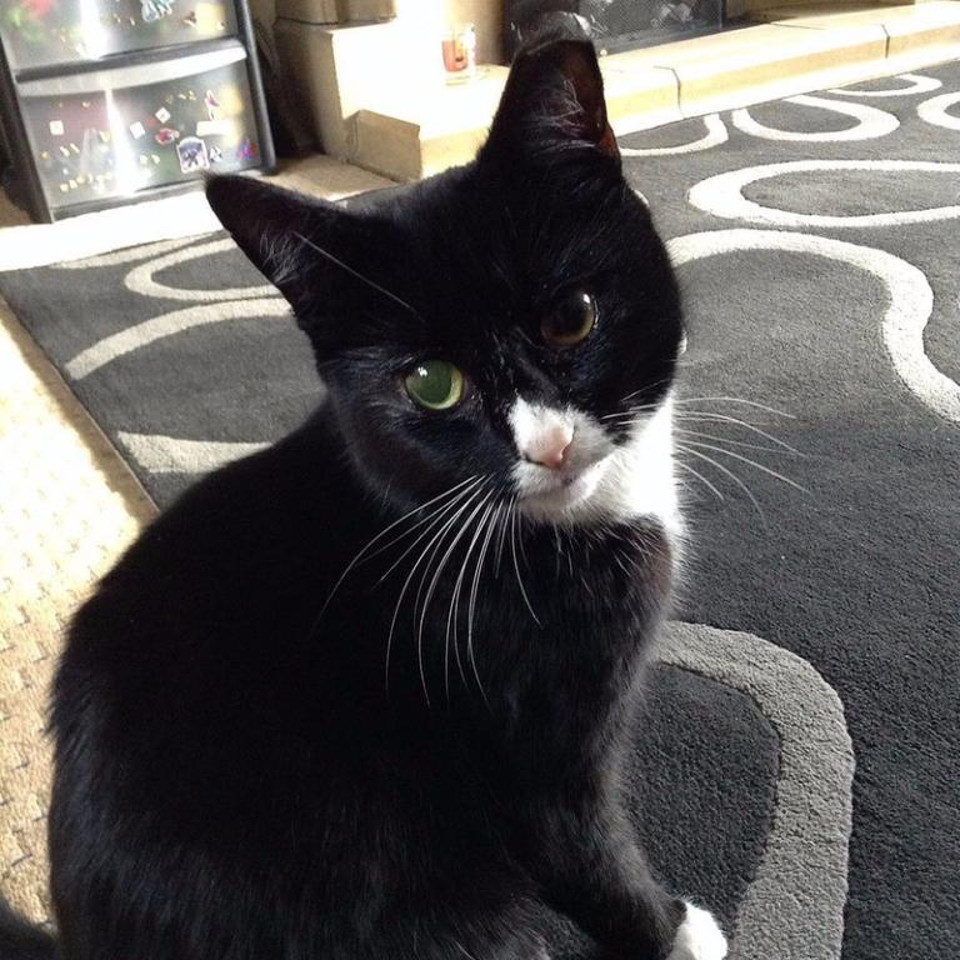 Puss-puss disappeared from her Colchester home in Essex, UK for about one week before being found covered in blood and dragging her paws. It’s a miracle the tuxedo cat survived after being shot about 30 times with pellet gun, she had about 30 pellet wounds all over her body!

The RSPCA said Puss-Puss will need her eye removed after the injuries suffered.

“We heard some gunshots but didn’t imagine at first it could have anything to do with Puss-Puss.” “Then we found her crouched under a car, frightened and injured. She ran off and we couldn’t find her for a week.” “I was beside myself with worry. Then she eventually dragged herself back in a terrible state and we rushed her straight to the vet.”

“It is a miracle she survived but it’s going to take a lot for her to get back to her normal self, and she will obviously always bear the scars now.” “I just can’t think what sort of person could have done this to her.” “It is heartbreaking seeing her in such a distressed state, and I am so upset that she will now lose her eye.” said the cat’s owner.