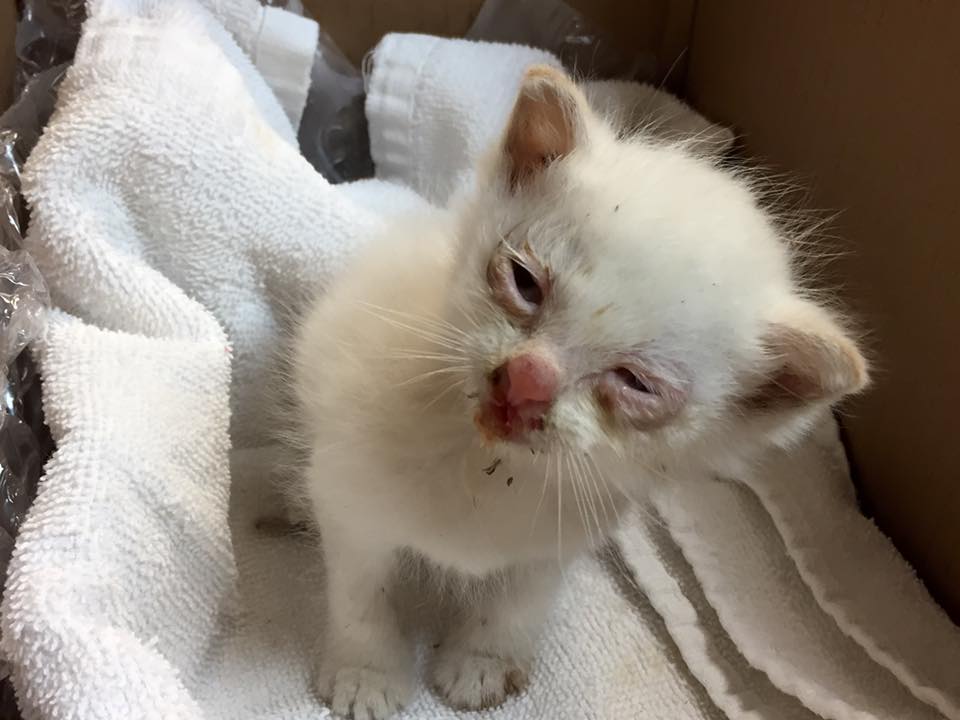 April was rescued after a Good Samaritan saw her thrown out of a car when she was only 3 weeks old. She was rushed to SPCA Suncoast in New Port Richey where they discovered she suffered from flea infestation, pneumonia and malnourishment.

The animal shelter named her April because April is Prevention of Animal Cruelty month. April fought with all those health problems and she is now almost fully recovered.

“They did see somebody toss her out the window. Unfortunately, they stopped so quick to grab her that they didn’t get the person’s information,” SPCA Suncoast Executive Director Kerrianne Farrow said.

“Once we saw her, we cleaned her up a little bit. She definitely showed more signs of life. When she first came in, she was just limp,” Medical Manager Ashley Gandees said.