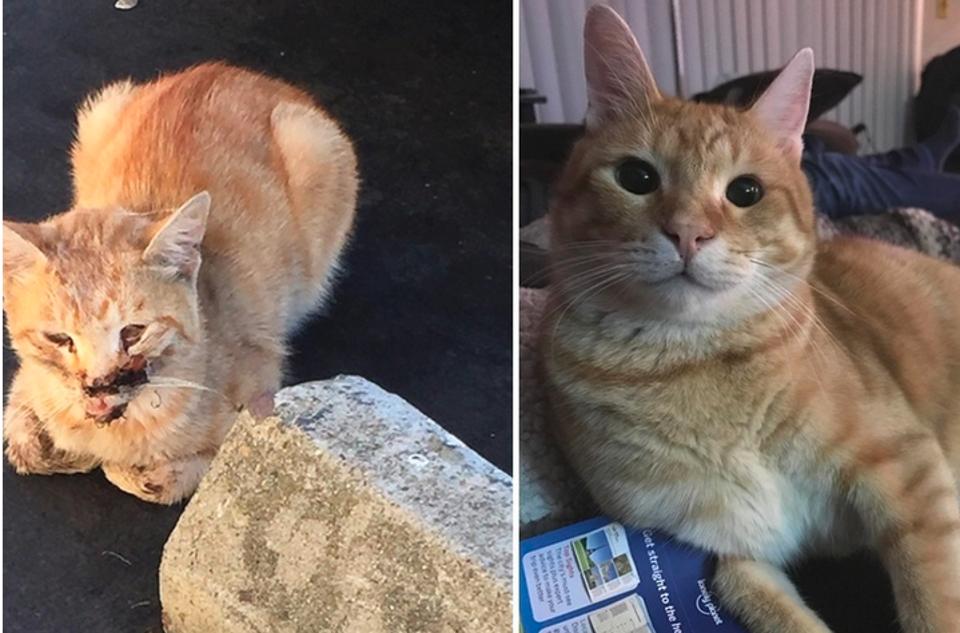 A woman started to feed daily a ginger cat who was coming to her work place looking for food. Then the cat disappeared and when he returned after five days he was unrecognizable. He was hit by a car and badly injured.

The woman called a vet to track and net trap him. Once he was trapped he was taken to the vet. The vets realized that he was in a critical. He had a huge body abscess that needed to be drained through tubes. He also suffered from a broken jaw that was later repaired.

He was named Mister Pickle. He needed facial reconstruction surgery, and he stayed in the hospital for 45 days. It took about $6,000 and a lot of hard work, but Pickle has fully recovered and is a handsome and happy boy. Mister Pickle is all happy and fluffy now. He has now a loving owner and a new cat friend named Ted! The woman who adopted him says “he’s the best indoor baby I could ask for”.