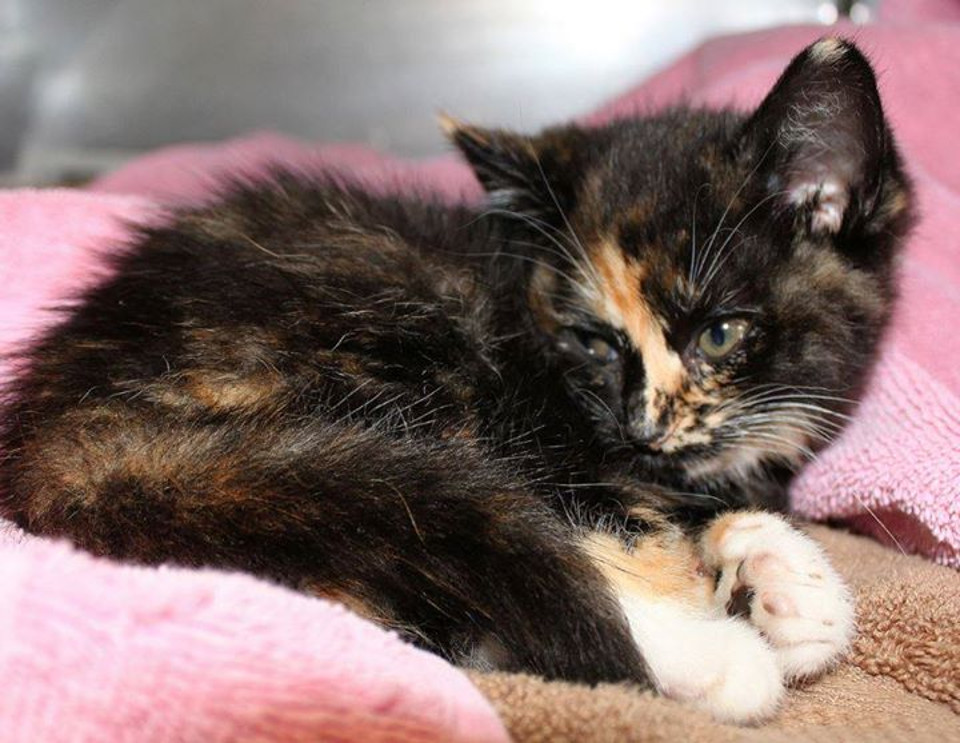 A 5-week-old kitten is recovering at Kentucky Humane Society after someone shot the her multiple times with a BB gun. The kitten was found in the Polo Fields neighborhood.

The kitten was turned over to the Kentucky Humane Society and was operated. An x-ray photo shows two BBs—one in her front leg and one near her brain.

The people who found the kitten said they found her in the next-door neighbor’s yard. Initially they thought she’d been dropped by a hawk but the reality was someone did this to her on purpose, and her injuries are severe.

“She had several wounds- one on her head, one on her arm, and another in between her toes that actually had magnets in it.” Dr. Emily Bewley with Kentucky Humane Society said.

“The BB that was in her head is still there, I wasn’t able to safely take that out. So for now it will just be time and waiting to see if she can recover on her own,” the vet said.

“It’s really easy for somebody to hurt an animal. It’s not as easy for us to fix them,” she said.

“Despite everything she’s been through, Ziggy has a hearty appetite for food and affection! Thank you everyone for your kind words and support for Ziggy during her recovery. We are only able to help pets like Ziggy because of you, our incredible supporters, and we are so grateful to you.” wrote Ziggy’s rescuers on Facebook.

The vets are keeping her under observation at the moment. Louisville Metro Animal Services investigates who did this to her, while doctors are working to save her life.