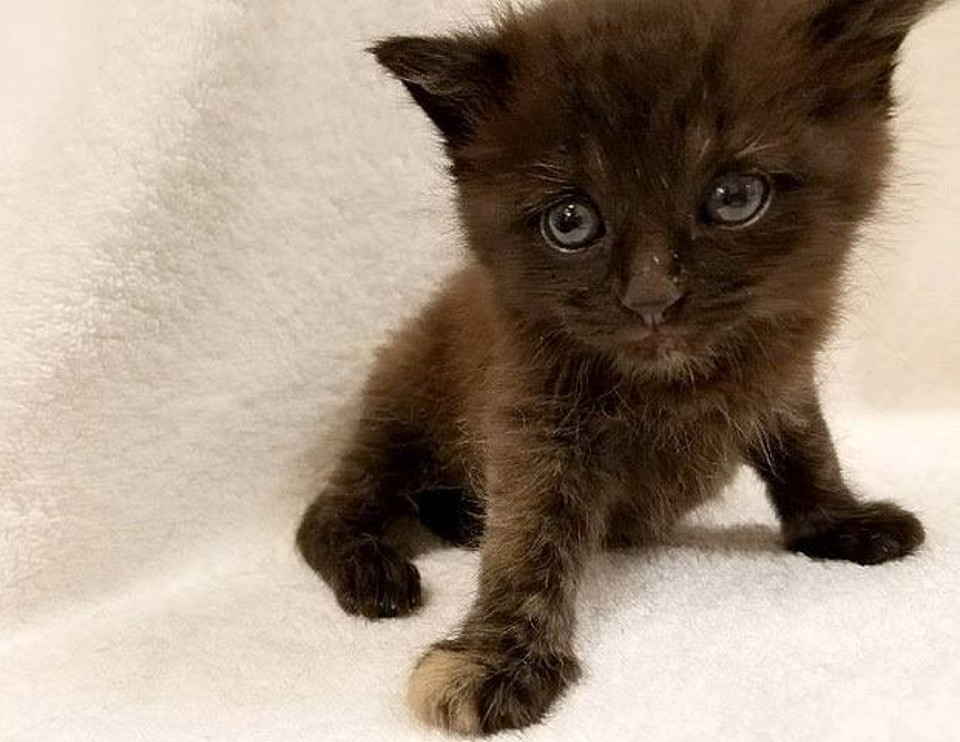 A lot of people are in love with the rare kitty named Burrito! The 6-week-old male kitten is considered “rare” because of it has orange and black fur, that usually only female cats have because of their chromosomes.

Tortoiseshell cats, also called Torties, combine two colours other than white, either closely mixed or in larger patches. Tortoiseshell cats are almost exclusively females. This happens because, as in humans, female cats have two similar sex chromosomes (XX), while males are XY, with the Y chromosome largely genetically inert (it does carry sex-determining genes). It turns out that the X chromosome carries a gene that affects fur color, and that gene has two forms, a “black” form and an “orange” form.

Even if it seems genetically impossible, there are some rare cases of Torties males cats! Cats like Burrito!

“When I turned little Burrito over I was so surprised,” Dr. Erin Henry of the Animal Welfare Association (AWA) told Yahoo News. “I’ve examined thousands of kittens while working at AWA and they are so rare that he may be the only male tortoiseshell I’ll ever see again.”

Burrito and his two siblings, Empanada and Tortilla, were dropped by good Samaritans at the AWA the second week in April, said Maya Richmond, executive director of the AWA in Vorhees, New Jersey.

Burrito received over 350 offers for adoption from people across the country, some as far as Canada. When Burrito is 8 weeks old, he will be officially ready to go to a loving home.