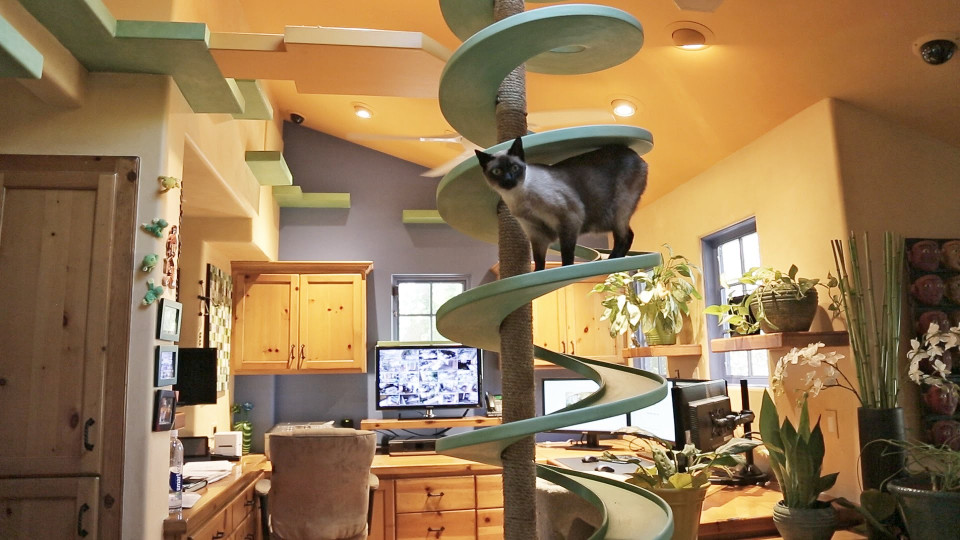 Home builder Peter Cohen has constructed elaborate catwalks, tunnels, platforms and perches throughout his California home for his 15 rescue cats. He turned his house into an indoor Cat Playland!

His property came with two outdoor cats. One cat was killed and the other badly injured after both were hit by cars. After the second cat got hit by car, Peter and his family decided to adopt a couple cats from a local shelter to keep company to the injured cat.

From that point, they just kept adopting more and more cats. All the cats that they adopted come from shelters and they are cats that other people didn’t want, most of them black cats and cats with bent tails.

Watch the fantasy feline adventure Playland in the video below!