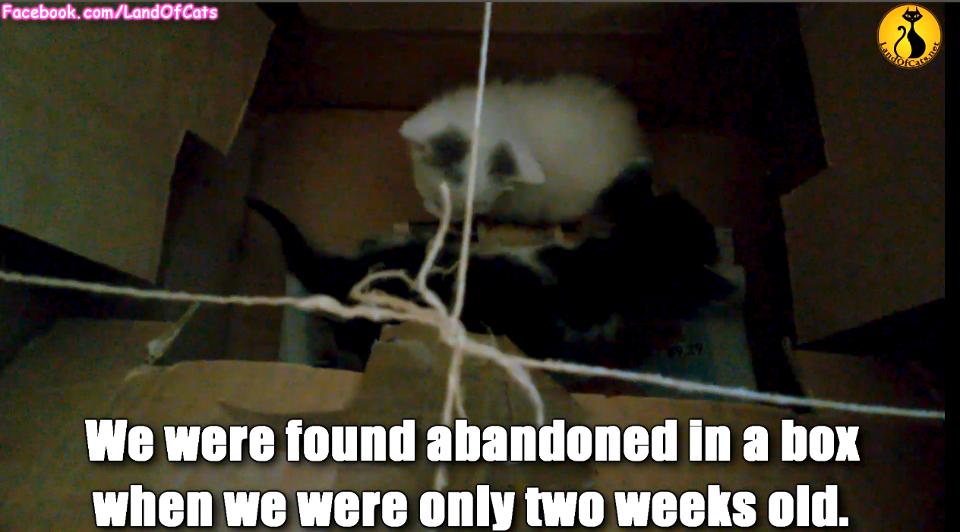 Two tiny kittens were found abandoned in a box. Someone decided to separate them with their mother when they were just two weeks old and get rid of them.

They were lucky to be found in time and rescued. A cat mother was recently rescued with her two kittens so they were introduced to her. She loved them from the first second and she accepted them near her babies.

The cat mama treated them with the same love as she treated her own babies. After they grew up a little they had the chance of being adopted together! Watch their touching story and evolution in the video below!