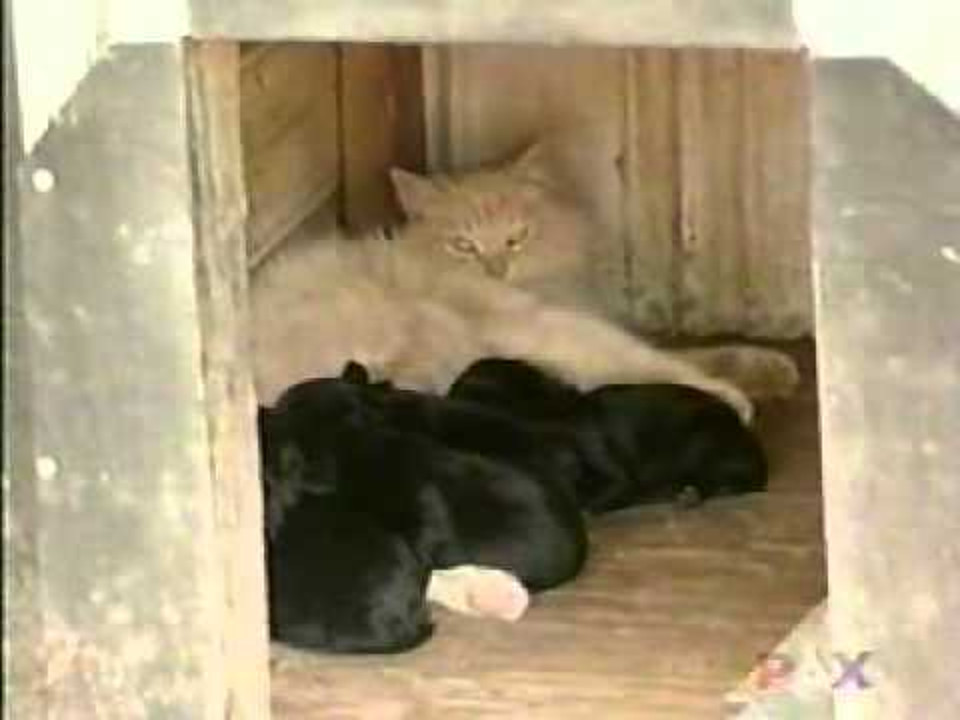 A cat named Miss Kitty gave birth to a litter of kittens outside under a trailer in South Carolina. Sadly, her babies did not make it for reasons unknown.

At that same time, Miss Kitty’s dog friend, Smoochie, had also just given birth to her babies. Unfortunately, Smoochie didn’t care about her puppies at all. She wasn’t affectionate with them, and she refused to feed them.

One day When the Grant family came home, they noticed that five puppies were missing. They searched for them and they discovered Miss Kitty was bringing all of the puppies to her little spot in the trailer to take care of. They the family moved all of them to a safer location.

Miss Kitty wanted to nurse the puppies as if they were her own! Then the family decided to find some kittens in need and let Miss Kitty take care of them, so they aired the story on the news.

Someone found two abandoned kittens and brought them to Miss Kitty. She took them in her care immediately, but still wouldn’t give up the puppies. She took a great care of all of them, feeding them and grooming them. She was a purrrfect mother! Watch the story in the video below: