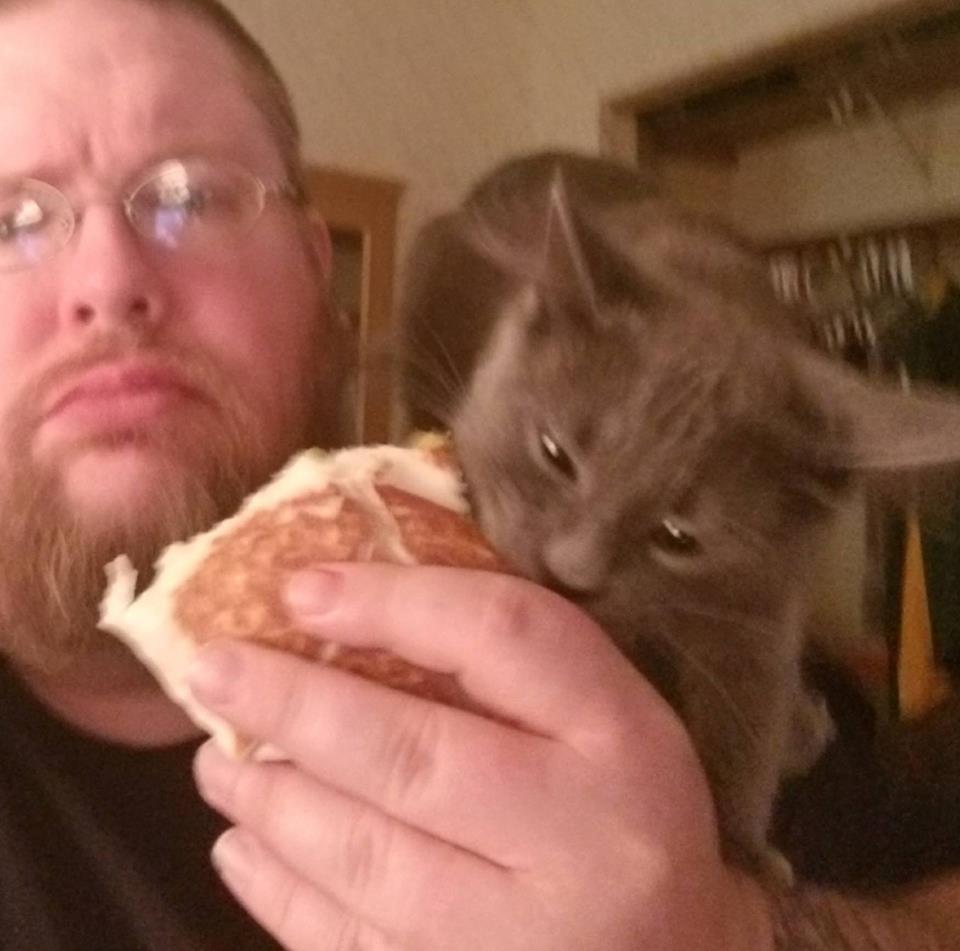 Cats are predators and many of them are extremely food-motivated. You have so many enticing food aromas that pass in front of your cat’s nose several times a day and it can be hard for a hungry kitty to resist. Many cats are on special diets and not particularly pleased with that fact.

There are many reasons why cats steal food from their humans. One contributing factor to food-stealing behavior may be the result of being fed from the dinner table. If the cat’s owner offered the cat pieces of his own meal as he is eating or he has rewarded her with food when she begs during the family meals, the cat might think that she doesn’t really have to wait for someone to give food to her and she can just help herself. Stealing food can also occur if it’s left out on an unattended counter or table and if the cat is a little food thief she will serve herself.

Meet Negan, the kitty who loves people food. Every time his human sits down to eat, he climbs him to get his food. He steals it and run.

“I am Negan’s daddy. I assure you Negan is well fed. As are all of our dogs and cats, hes just crazy when it comes to human food normally we keep a spray bottle around to keep him at bay but I had had friends who were asking if he was as crazy as we had told in stories so had my wife film him when there’s no squirt bottle around. Other than his obsession with human food he is a cuddly loving little cat who loves all people and his fellow animals I’m glad that this video gave people a laugh.” Negan’s daddy wrote on Faceboook.