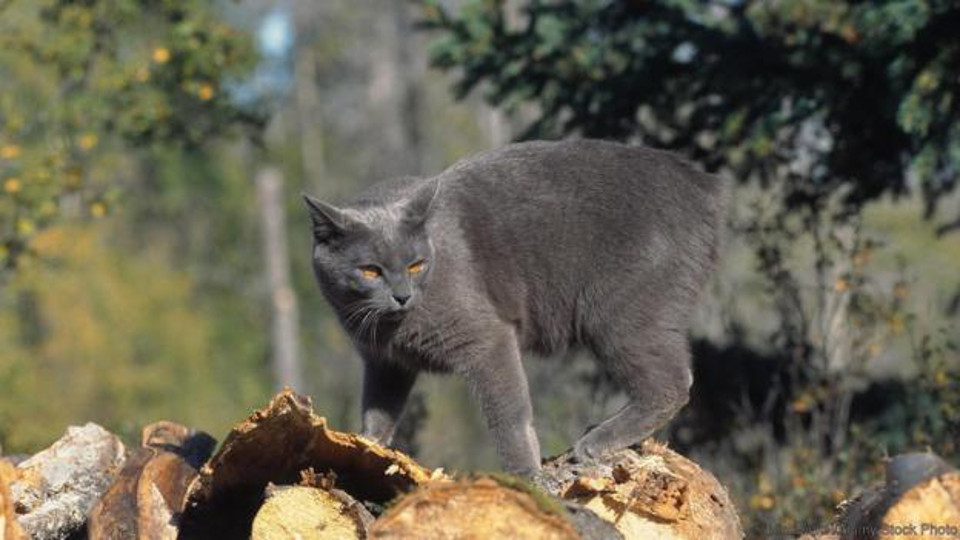 The Manx cat, is a breed of domestic cat originating on the Isle of Man, with a naturally occurring mutation that shortens the tail. The breed was first discovered on the Isle of Man several hundred years ago.

A Manx cat looks like your typical feline—that is, until it turns around and you realize it’s missing a tail.

The cats that live on the Isle of Man are surrounded by mystery and legends. Some locals will have you believe that Noah caused the breed to be tailless by closing the Ark’s door as the Manx was entering, severing its tail.

The truth is the cats ‘lost’ their tails because of a genetic mutation. Leslie Lyons, co-author of a study regarding Manx cats, who is a cat expert and geneticist at the University of Missouri – Columbia, went to the Isle of Man herself to collect samples from Manx cats. The mutations were present there, meaning all Manx cats must have come from tailless cats on the island, which have lived there for hundreds of years.

One resident Sara Goodwins, noted that the first linguistic reference to tailless cats on the Isle of Man appears in the mid-18th Century.