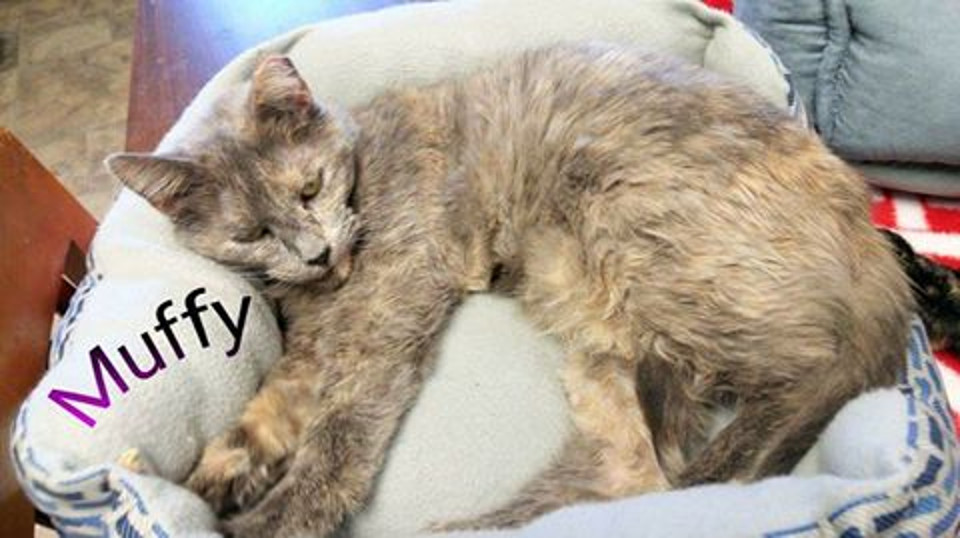 Muffy was rescued from a hoarding situation and she was taken in care of Fayettee Friends of Animals. Muffy was the longest resident at the shelter. She has been with them since May 2013. She waited and waited hoping some day someone will notice her and will offer her the home that she was dreaming about. She had to say good bye to many cats and kittens who were adopted.

“Muffy is our oldest fur baby, around 15 years young, and has been at the shelter for years.” Muffy’s rescuers wrote on Facebook.

The shelter staff were concerned that she might never find a home as she is too old, but they didn’t want to loose hope and kept sharing her story on social media.

“A lady with a super caring heart knew about our Muffy. She had known about her for a period of time and could no longer take knowing that this senior cat was spending her golden years living at the shelter. She came in one day and she said that she had to have Muffy. She wanted to adopt her and take her home, so she could live a life of luxury with her and her other cats in a comfortable home instead of in a shelter. We were so happy to hear this wonderful news and to know Muffy would have a great rest of her life!!” Muffy’s rescuers wrote.

After many years, Muffy finally found the family she’d been waiting for and she is so happy to live out her golden years with her very own loving family.