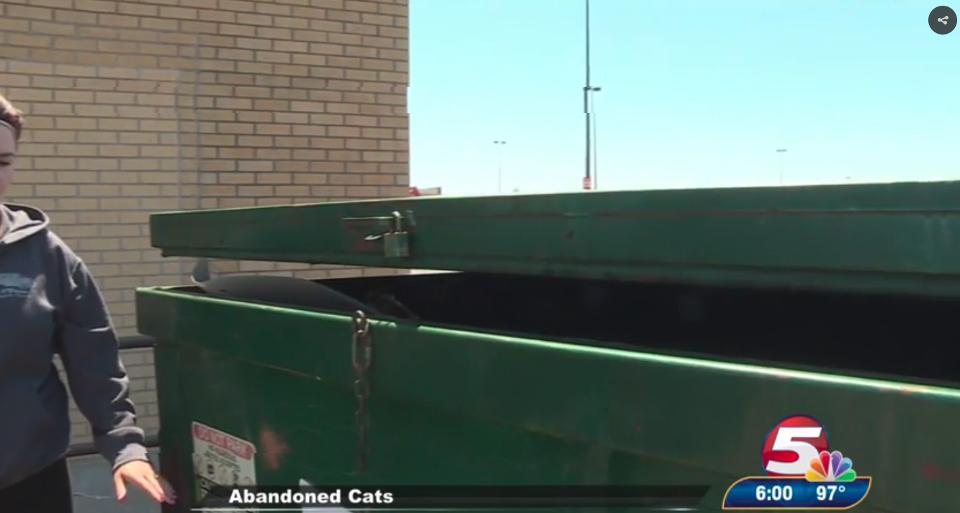 Four kittens and their mother were tossed into a dumpster in Bismarck, North Dakota.

A witness called a pet store nearby to ask for help and two employees went immediately to rescue the poor abandoned cats. The two couldn’t believe their eyes when looking in the garbage pit.

“We just ran over here and the dumpster was already half open and we peeked inside,” said one of the employees, Atlanta Barbere, Mandan.

“I was honestly shaking I was so, I was so mad about it like how could anyone even think to do that,” she said.

The cats were surrounded by waste and in extreme heat. If they weren’t found so fast they would have died pretty soon.

After taking the cats out of the garbage, they contacted police and animal control. The kitties are now in a safe place. They are in the care of Kitty City until they’re ready to be adopted.

Kitty City is a free roam safe haven for hard to place cats. It’s a program of the Triple H Minature Horse Rescue.

If you’d like to learn more about Kitty City, please visit hhhmhr.org.