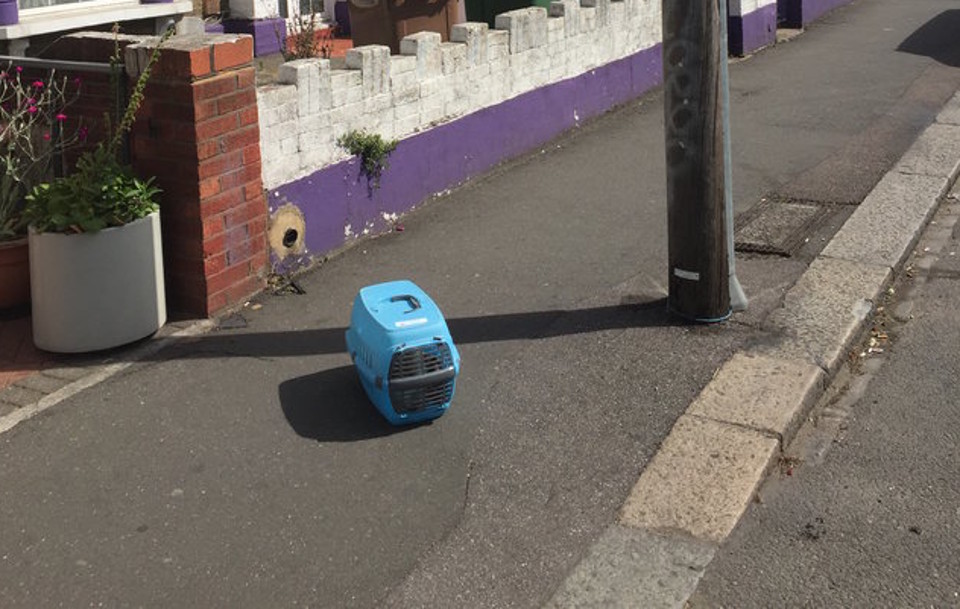 A kind hearted man was walking out one morning when he noticed a cat sitting in his carrier in the middle of the sidewalk, surrounded by all of his stuff.

The cat was meowing and asking for help and it was clear that someone had abandoned him. As the man was examining the cat, he heard some noise, and when he looked up, he saw a man leaving a cat tree who quickly walked away.

The man knew he can’t let the cat there so he contacted Celia Hammond Animal Trust and asked for help.

“As he had to get to work, we arranged for the man to get the train to Canning Town and one of our rescue workers met him at the station to collect Marcus,” Celia Hammond, of Celia Hammond Animal Trust, told The Dodo.

The man who found the cat thought to adopt him but lives in a building that doesn’t allow pets, so he couldn’t take the kitty home.

His rescuers scanned for a microchip and learned his name, Marcus. Marcus was examined by a vet and he was fine, despite being left out in the heat. Marcus is hoping to find his human who won’t let him down again.