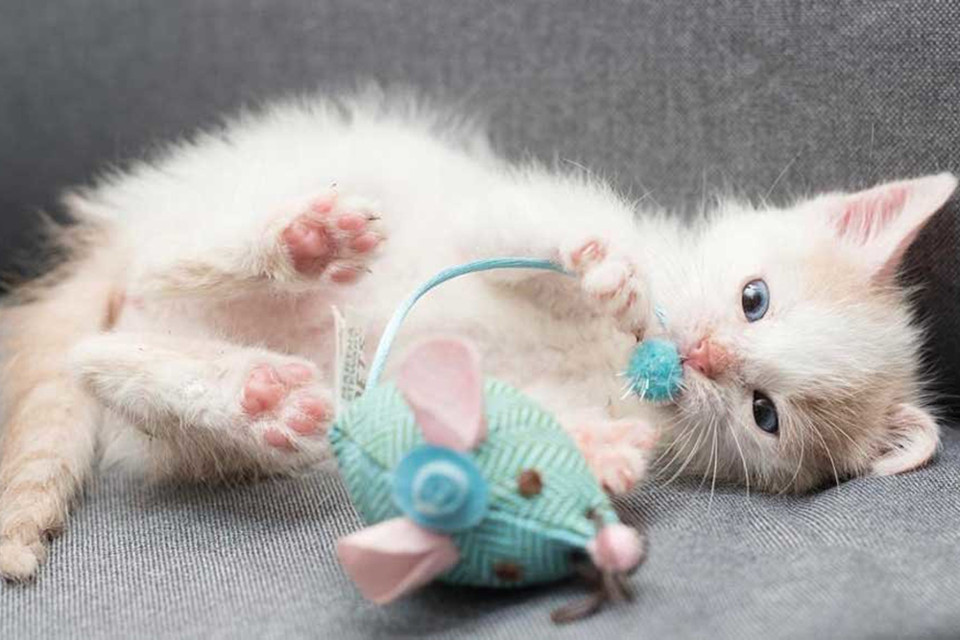 Hannah Shaw is a humane educator and advocate who focuses on the rescue and care of neonatal kittens. She has a hard time going on vacations as pretty much everywhere she goes, she ends up going home with a rescued kitten. Hannah and her boyfriend, professional cat photographer Andrew Marttila, had spent their vacation in Peru. When they were visiting the ancient city of Machu Picchu they heard the scream of a kitten. They followed the sound and found a young boy holding a tiny, blue-eyed kitten. The kitten’s mom wasn’t around and he was visibly trembling.

The two spent the evening making phone calls and grooming the kitten for her upcoming airport inspection. They named her Munay Michi, (pronounced moon-eye) meaning “pretty cat” in Quechua.

Munay needed her own ticket to board the airplane, as well as vaccines and an international health certificate so the first thing in the morning they rushed her to a local veterinarian.

At the airport, the official paperwork was in order, and Munay was permitted onto the domestic Avianca flight to Lima. The final test of Shaw and Marttila’s efforts came at customs in Atlanta. But all went well there so they managed to take the kitten to the United States.

“If you find an animal in a very sad situation, or even if you just fall in love with an animal and want to bring them back, you can do that,” Hannah said, but she also said that just because an animal is living on the street it doesn’t mean they’re in crisis. “Assess the situation. Any small act of kindness is a fantastic thing to do, even if all you do is provide some food.”

Munay transformed fast into a healthy kitten and she was so lucky to find her forever loving family!