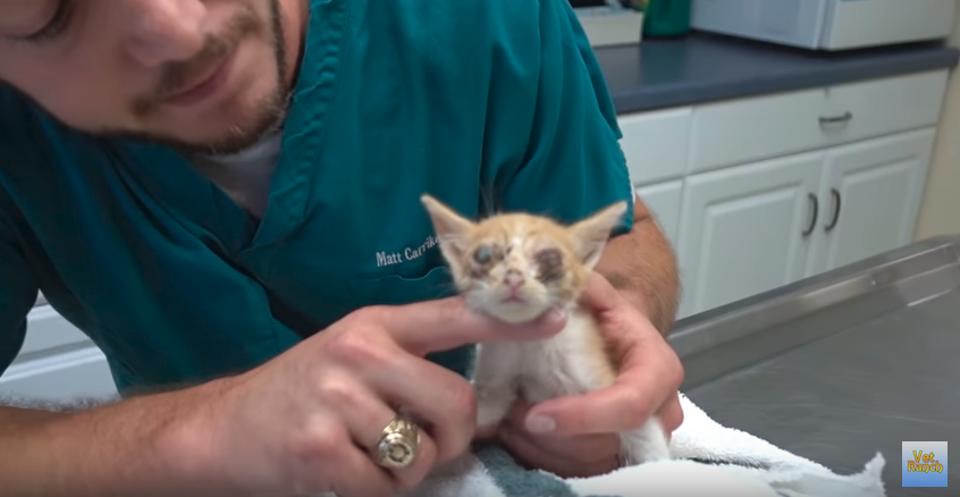 A sickly little kitten arrived at Vet Ranch. He was covered in fleas and his eyes were severely damaged and rotten. Nobody knows what happened with him and how he ended up in this poor condition.

A kind person found the kitty and brought him to Vet Ranch for help. Dr. Matt from the Vet Ranch named him Mr. Peepers and set out on the long journey of healing this cutie even though he believed that the kitten would never regain his vision.

Mr. Peepers was given baths to combat his fleas and was given oral medication and eye drops to help heal his eyes. After all the treatments his eyes did get a little better, but never fully healed. Mr. Peepers never gained his vision.

His little eyes could easily become the source of an infection and the vet wanted to prevent that and to give the kitten a better quality of life. So he made the decision to remove his eyes.

The surgery was a success! After two months, Mr. Peepers was fully recovered! He loves to play and he interacts with his feline friends like any normal kitten. His lack of eyes doesn’t stop this him from living his life to the fullest and to have a lot of fun!