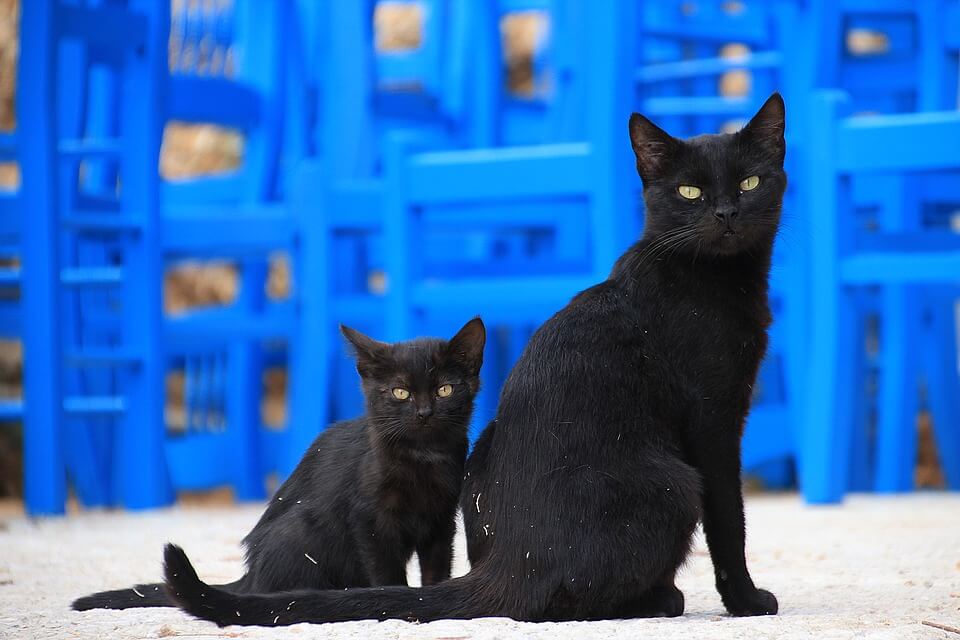 People are dumping black cats in shelters because they don’t look good in selfies. Christine Bayka, founder of The Moggery rescue center in Bishopston, Bristol said that for the first time in the organisation’s history all of its animals are black.

40 unhomed cats at The Bristol Moggery Rehoming Centre are black, because people claim they don’t show up in social media pics and ask for “anything but black”. Christine set up cat rehoming centre The Moggery 21 years ago, and says the situation of the black cats is worse now than it has ever been.

“It’s worse now because black cats don’t show up in selfies. ”Now everybody wants to take selfies and put them on Facebook. It’s a very narcissistic use of social media.

“It happens all the time, I will go through all the questions and say ‘are you flexible about colour?’ Then they will say, ‘yes, as long as it’s not black.’

“It’s an increasing problem, it wasn’t like this 20 years ago. “Over 20 years of having difficulty rehoming black cats, it’s definitely got harder because of selfies.” said Christine Bayka.

As the kitten season is close, the shelter is encouraging owners of black cats in Bristol to take their cats to be neutered in February, with the charity covering the cost.

“The Moggery Rehoming Centre, Bishopston, Bristol has great difficulty finding homes for black kittens each summer. (The current reason is they don’t show up on selfies.) So to reduce the number of black kittens born in 2018 (before the cats get any big ideas) The Moggery are offering FREE neutering for all black cats in February.” they wrote on Facebook.

“We are trying to get people to neuter their black cats in February. It’s important young black cats are neutered before they get any big ideas.” she said.