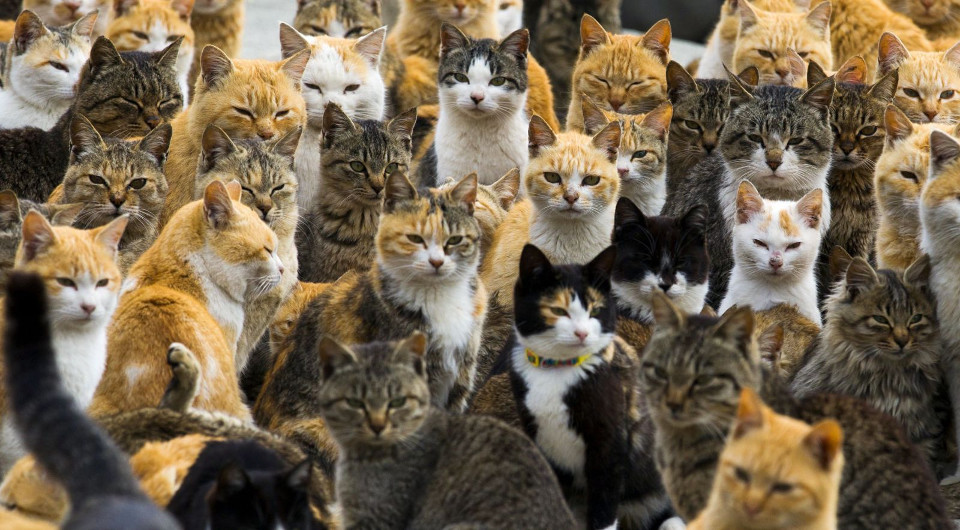 Aoshima is the small island located in Japan where there are significantly more feline residents than people.

This winter the island wasn’t visited by too many tourists so the residents ran out of cat food. Kazuyuki Ono, a resident of the island, raised the alarm through a Twitter account associated with the island, saying the island’s 16 residents were having trouble in feeding all the cats and that they needed help with food donations. He was completely overwhelmed by the response, the tweet was retweeted 17,000 times and in only 4 days they have received so much food that they were out of places to put it all.

“Food began pouring in from all over Japan. There’s so much of it now we can’t store it. We’re asking people to stop sending donations. But the cats couldn’t be happier.” told Agence France-Presse Kazuyuki Ono.

Many of the tourists that visit Aoshima island during spring and summer months bring food with them for the cats. The problem with the food appears in winter. But this year the Internet solved ‘Cat Island’ hunger crisis and the feline residents of the island are happy!