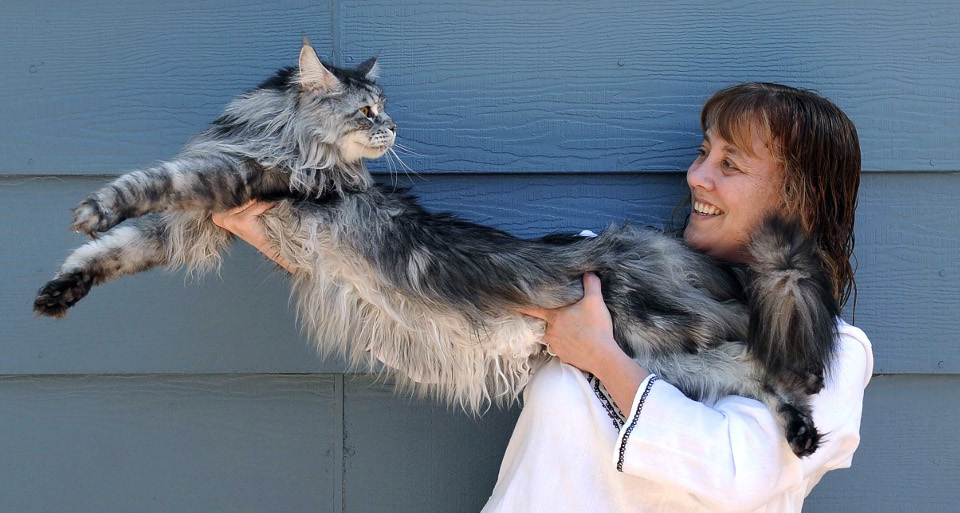 Stewie was a Main Coon cat. The Maine Coon is among the largest domesticated breeds of cats. His owner decided to enter him for the record after hearing countless friends say they were amazed by his length.

Stewie was also a certified therapy animal that frequently visited a local senior center near his home.

“Stewie was always very social and loved meeting new people.” “He has touched many lives, and for that I am grateful.” said Stewie’s owner.

Stewie died in 2013 because of an aggressive tumor on his kidneys.