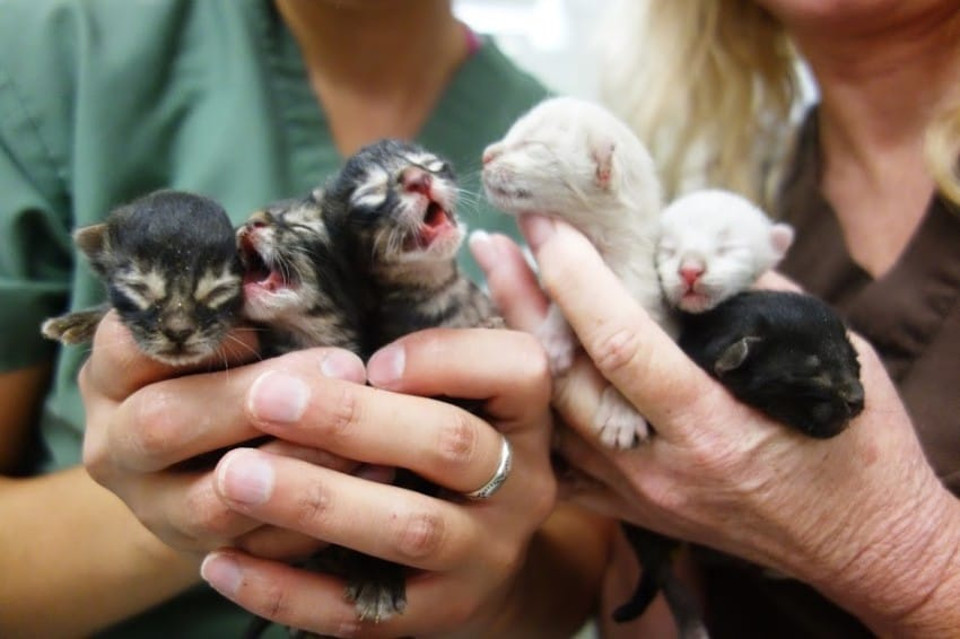 William Grabill, a waste management worker in Sacramento, had a big surprise while emptying bins of trash into the truck. Six tiny newborn kittens were crying helpless in the dumpster. They were so tiny that they had their umbilical cords still attached and the eyes still closed.

Nobody knows how the kittens got there, maybe a scared cat mother left them there or maybe someone just abandoned them as trash there in the dumpster.

Grabill took immediately the kittens to the Sacramento SPCA (SSPCA) for care. The six beauties were lucky to find a foster place where someone was able to bottle feed them and monitor their growth. It’s already over one month since they were rescued and they are all healthy and getting stronger day by day.

“The first time I saw them, they didn’t even have their eyes open yet,” Grabill says. “It looks like they all turned out great.” He is even thinking to adopt one of the kittens.

Look at them now!