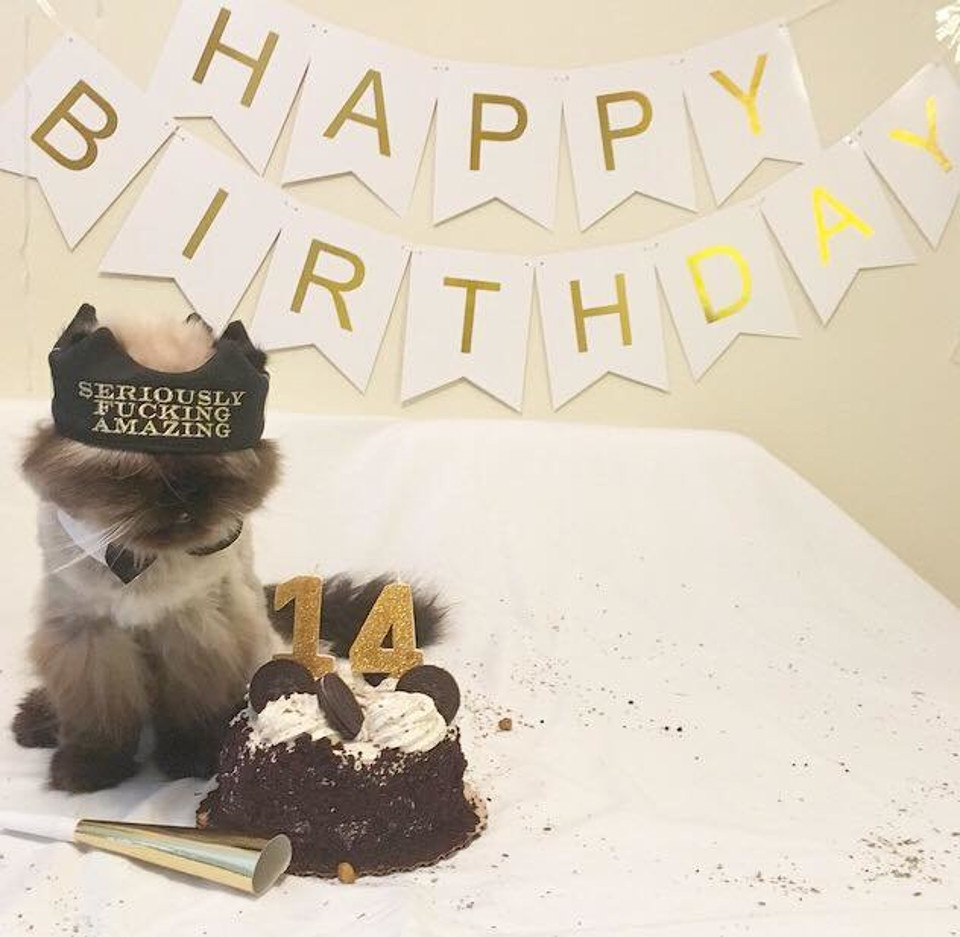 Fred’s family family moved to Canada when he was 13 years old. They decided Fred wouldn’t be coming with them.

Instead of finding Fred a new home, they took him to the vet to be put to sleep. The compassionate staff at the animal hospital called Piper Wood, founder of Hand in Paw, an animal rescue group in Los Angeles, and asked her for help as they didn’t want to put Fred to sleep.

The moment Piper saw Fred she knew she wanted to adopt him. So she became his new mom!

“He makes the cutest sounds when he eats and drinks,” Shaw said. “He likes to lean his face against a part of your body, and he’ll fall asleep. And he does this thing where he paws you if he wants something, or if I’m cuddling him too much, he’ll put his paw up against me, like, ‘Enough already.’”

When Fred turned 14 years old Piper offered him the best birthday ever! She put up decorations, sprinkled catnip confetti and presented Fred with a cake. Fred loved his party!