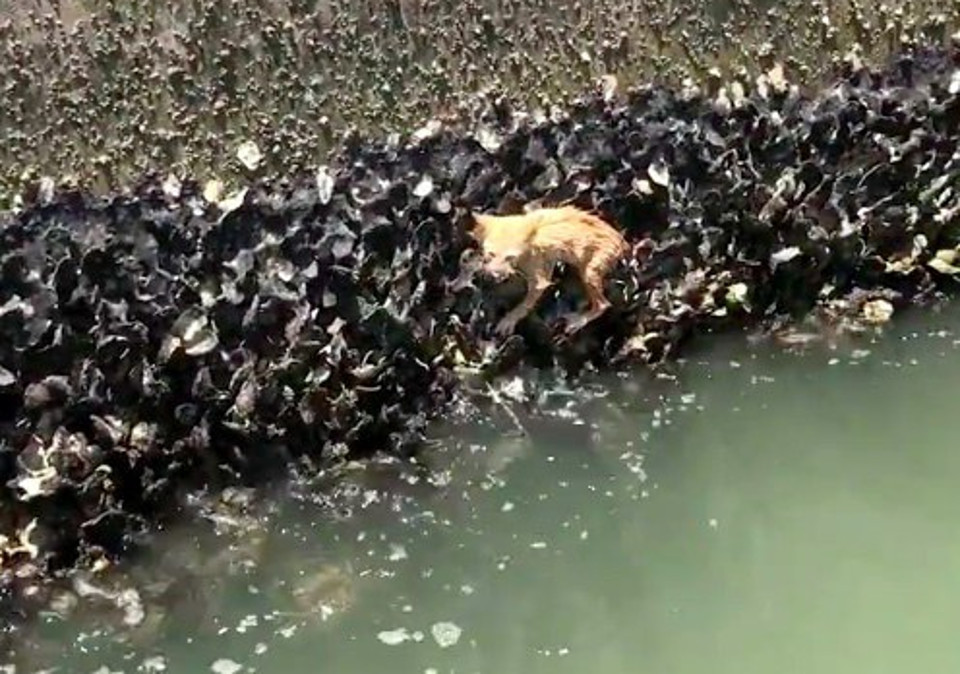 The Grecy family was enjoying a relaxing day on the water. While they were cruising down the Beaufort River, they spotted a something orange on the base of the McTeer Bridge – the bridge that connects Port Royal and Lady’s Island.

Initially they believed it was an octopus scaling up the bottom of the bridge but when they got closer, they realized that it was a tiny ginger kitten clinging to the oysters, hanging tight with his claws as the tide pushed up against him.

The poor kitten was shaking and extremely scared. When he saw the boat approaching, he started to meow loudly for help.

“We rescued a tiny kitten today that appears to have been thrown off the bridge! He couldn’t be much more than 4 or 5 weeks. He was very lucky and only appears to have minor scrapes from the oysters! His name is McTeer!” the family wrote at the description of the video they posted on Facebook.

The video was viewed more than 183,000 times, received more than 600 likes and was shared about 400 times. Many commenters asked if they could take the adorable kitten home.

Due to the location where they found the kitten, the family believes he either was thrown or had fallen off the bridge. “It was very odd circumstances as to where we found him,” Gecy said.

The family rushed with the kitten to the vet. He had a few minor scrapes, but was otherwise in good condition.

The family was happy to adopt the little kitten they rescued from the bridge and named him McTeer.

McTeer is now so thankful to the humans who saved his life at the river! He loves to receive all the attention from his new family and he has a feline friend who was also rescued.

“It’s a happy ending, and hopefully he won’t have to use any more of his nine lives,” Robert Gecy said.