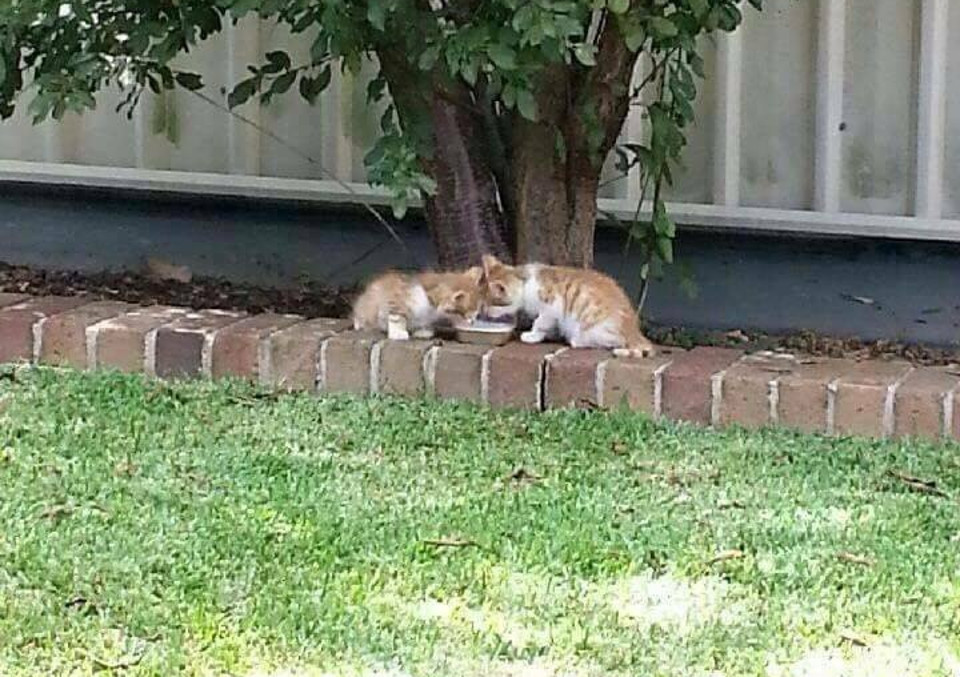 Kitten-to-kitten interaction and playtime are valuable educational opportunities to help them develop important social skills that will be needed later in their lives. They learn how to communicate and interpret each other’s signals, how hard to bite when they play and how to share their territory. In the case of a litter of kittens, the siblings have been together since birth and are already well into this process. They share already an incredible bond by the time the adoptive cat parent appears.

A kind hearted woman from Sydney, Australia spotted two twin ginger kittens playing around in her backyard. She started feeding them but she noticed something very special about them.

Their eyes were a little unusual and they hadn’t opened their eyes when they were close to one month old. The lady took both kittens and rushed with them to the vet. The kittens needed extensive medical care that the woman wasn’t able to afford. That’s when Inner City Strays, a rescue group, ‘came to the rescue’.

The kittens were named Buddha and Mogwai. They both had to go through a number of surgeries. Mogwai is completely blind but Buddha can see out of one eye.

They spent a long time with the rescue group until their humans came along. When Richard Parbury and his partner KA saw them, they fell in love instantly. The poor kittens had to go through a number of surgeries. Mogwai is completely blind but Buddha can see out of one eye.

The two kittens share an incredible bond. When Mogway gets confused or disorientated, he meows out for Buddha who comes running to offer guidance and comfort. They are always together.

The twins have now the most beautiful home! It’s over an year since they were adopted and they enjoy their lives to the fullest!

“They share some sort of crazy connection that goes much deeper than just brothers.” their owners said.