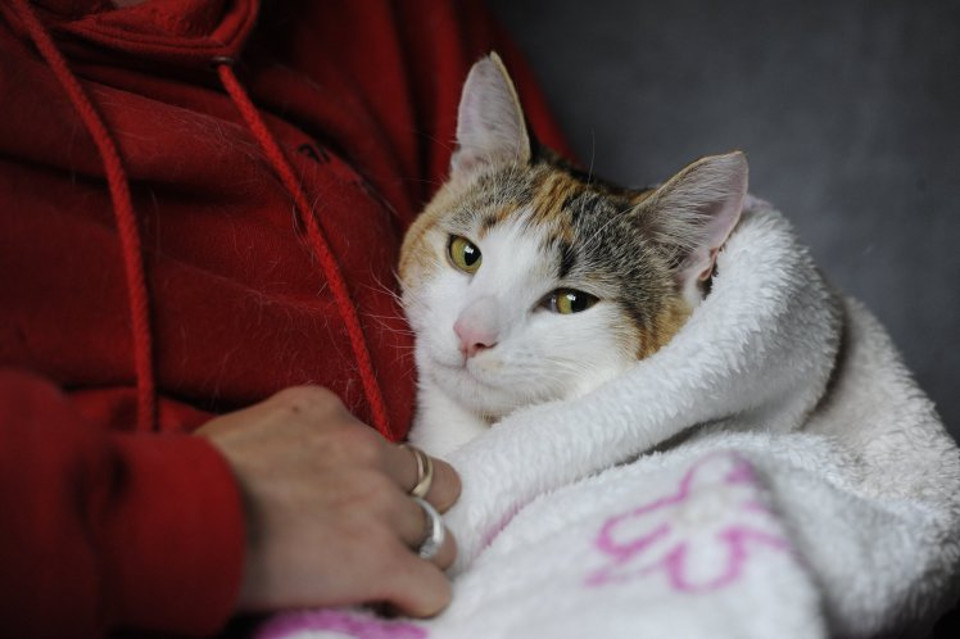 Massage therapy may help the body in many ways. Benefits of massage therapy include increasing circulation, preventing muscle atrophy (wasting), pain relief, increasing flexibility, prevention of injuries, speeds healing processes, and emotional support. The benefits of massage have long been studied in humans and the results in animals are proving to be the same. Massaging your cat might sound a bit strange to some, but it can greatly improve the quality of life for both of you. Since our cats experience many of the same medical conditions that we do, it only makes sense that massage therapy has a similar response for pain and emotional management!

Carrie and her brother were rescued by Kim Breckon, 41, when they were only three weeks old after she found them hidden in brambles behind a branch of Cash & Carry in UK. The kittens mum had been injured in a car accident, and she had a leg injury.

Kim took care with the two babies and they were starting to recover. One day, when Kim opened the kitchen door she found Carrie lying on the floor, limping and unable to move properly. She had fallen from the fridge and become paralyzed. Kim rushed with the Carrie at the vet and the vet said she may have damaged her neck and spine, and may not survive and if she did, she might be paralyzed for life.

Kim didn’t want to give up and asked for another vet’s opinion. Then took a fortnight off work to massage Carrie’s muscles and spine. After six weeks of massage, Carrie put weight on her paws again!

Carrie’s mother, named Amber had to have a leg amputated but now she is doing well.

‘All the cats are doing really well, amazingly,’ ‘Carrie has certainly used two of her nine lives so far – if not more!’ Kim said.