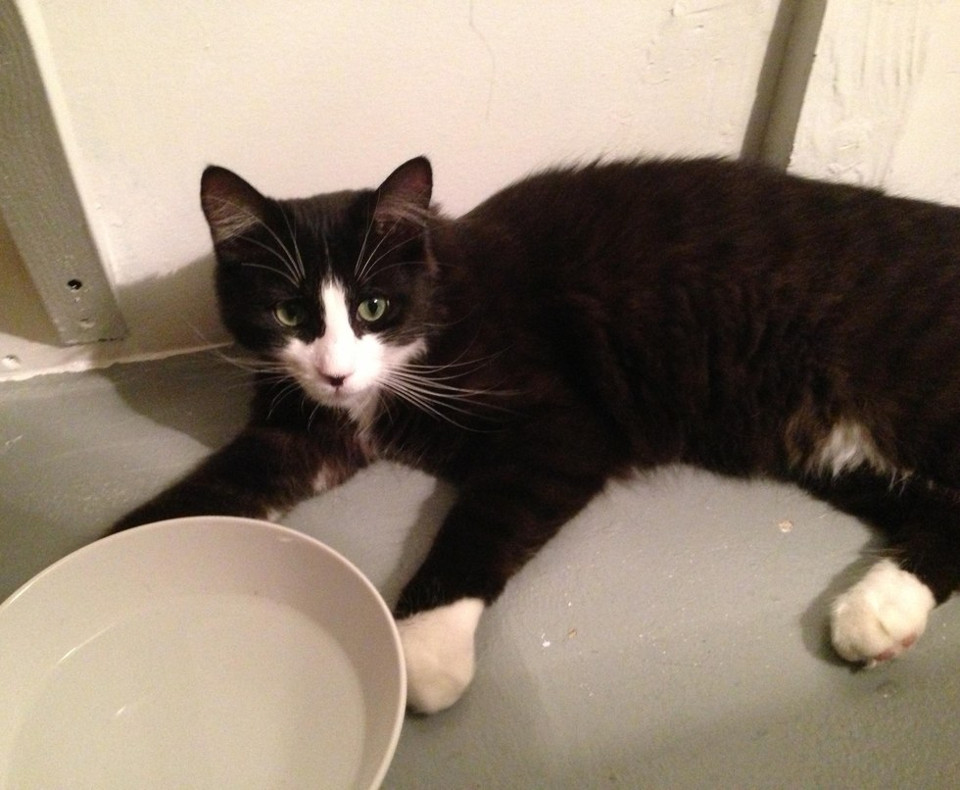 James Bean, a tuxedo cat, had been returned to the shelter five times for being “too demanding”. After years of waiting, he finally found true love with a family that loves him and accepts him the way he is.

“He’d been returned to the shelter five times for being ‘too demanding’,” reddit user ncarbell said. “Adopted from San Francisco Animal Control… Two years later, and he’s the most loving cat I’ve ever had.”

It didn’t take him long to feel so good in his new home. He demands attention and belly rubs. He wants nothing but love.

“He discovered that there’s nothing more satisfying than hiding out in the hamper,” his new human friend said. “He really loves it in there.”

After being returned five times, the kitty finally left the shelter forever. He has found the place he always needed.

“Two years after adoption, and this is his favorite sleeping spot.”