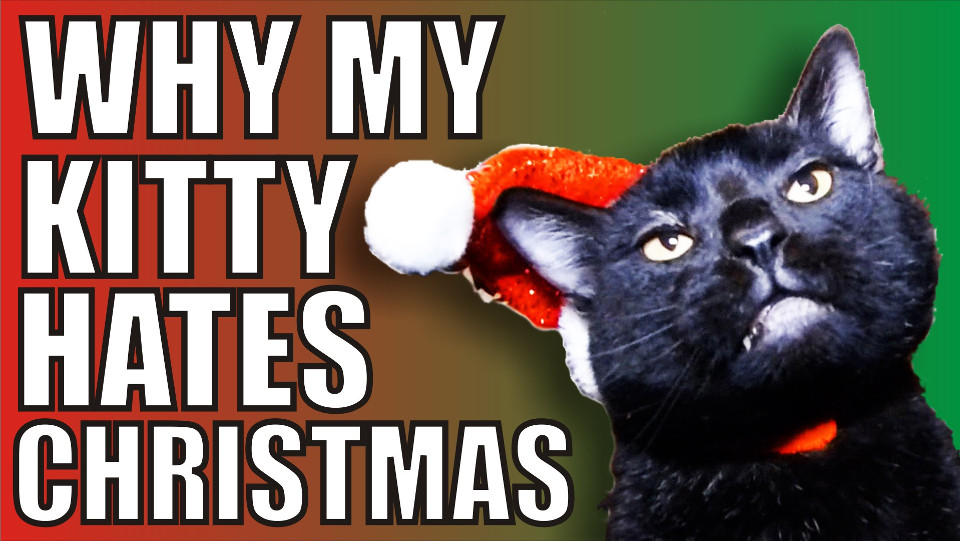 Sylvester the talking kitty cat doesn’t like anything. When his owner asks him what he does like, constant “NO”s spark a little song, that of course, the kitty doesn’t like.

The cat has a nice conversation with his owner who is asking him to wear a Christmas hat so that he can make him a nice picture for a Christmas cars. The owner presents him the cute Santa hat but Sylvester refuses to hold still and to wear the hat.

Sylvester starts to sing his short song ♬ I Don’t Give A Damn About Christmas ♬. And the song is pretty hilarious!