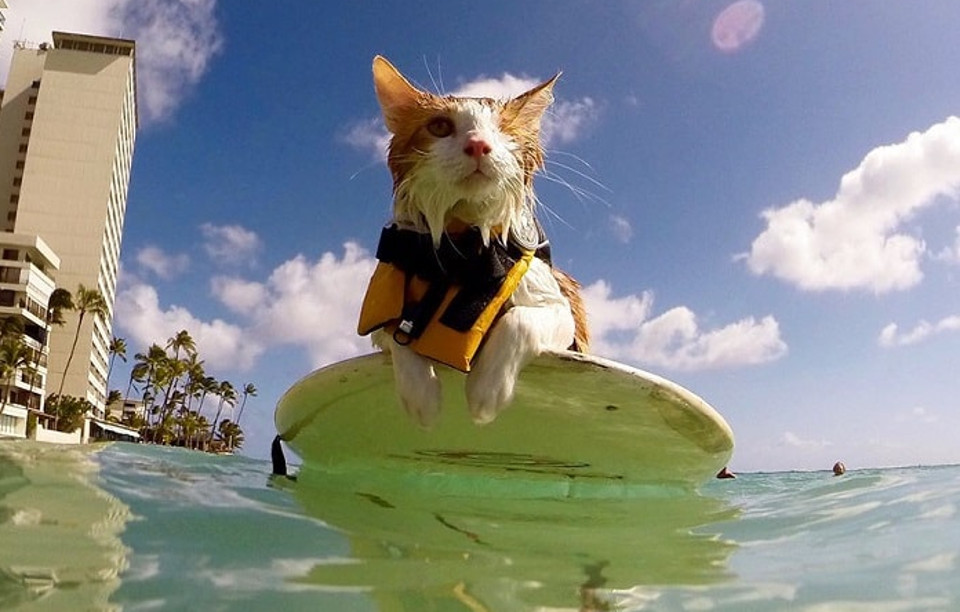 Kuli, the one-eyed cat, has been surfing with his humans Alexandra Gomez and Krista Littleton for a bit more than a year in Honolulu, Hawaii. Kuli was rescued from the streets when he was just tiny and malnourished and his left eye had to be removed due to infection.

He was only 6 months old when he started to love water. “His first time in the water, we just let him float on the board by himself near the shoreline and I would paddle around with him,” Ms Gomez stated to Dailymail. “Before we knew it we were looking for waves to surf.” The kitty is safe and sound, he wears a life jacket when needed!”

He was named Kuli which literally means “to look blind”. Watch Kuli surfing in the video below: