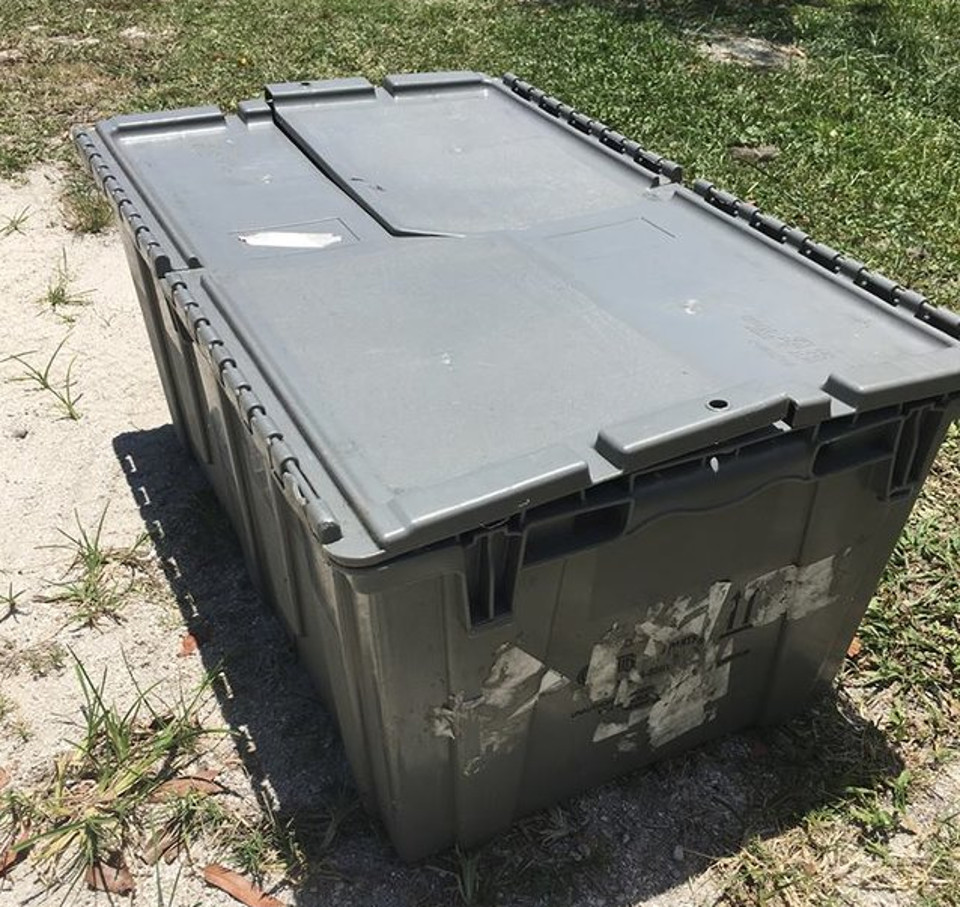 It was a very hot day, over 100 degrees, when a car pulled up to the Southeast Volusia Humane Society in New Smyrna Beach, Florida. The driver and a passenger got out of the car, they carried a plastic storage tote and dumped it at the shelter.

“I looked up and saw this kitten peek his head up from between the two flaps of the tote, and for some reason, they [the people] were trying to push the kitten back in,” Karen Morgan, executive director of Southeast Volusia Humane Society, told The Dodo. “A staff member and myself ran outside quickly. I grabbed the tote from them, and came in and opened it.”

They found inside nine tuxedo kittens who weren’t doing well. They didn’t have air ventilation in the container, for at least an hour. The kittens were dangerously overheated, being minutes from death.

“If you’ve ever left a Coke can in the front seat of your car in the hot sun, and you came back a few hours later and feel how hot it is — those little kittens felt like that when we touched them,” Morgan said. “One of them, his little tongue was hanging out and he was panting in my hands, and I thought he was going to lose consciousness.”

The stuff members immediately started to help the poor kittens. They brought in wet towels, water and milk to help the rehydrate. They needed their body temperatures to come down properly and slowly. Thankfully, all nine kittens cooled down and were stabilized.

As the shelter was full, someone took the nine kitties in foster. They decided to name them after the ‘Little Rock Nine’ — Ernest, Elizabeth, Jefferson, Terrence, Carlotta, MinniJean, Gloria Ray, Thelma and Melba.