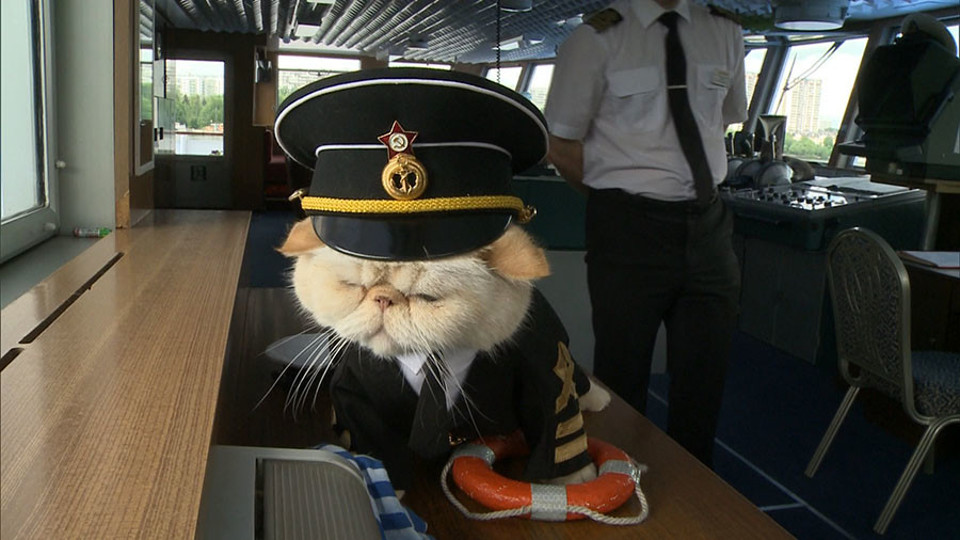 A Persian cat is cruising in Russia between Moscow and St. Petersburg with the Nikolay Chernyshevsky cruise ship’s captain, Vladimir Kotin, since 2008.

The cat, named Sailor, has become an internet sensation! Sailor is watching on the captain’s bridge every night from midnight until 4:00am, and he is also a big attraction for the tourists.

Sailor even earned himself a uniform and a subordinate, a second male cat who is keeping him company.