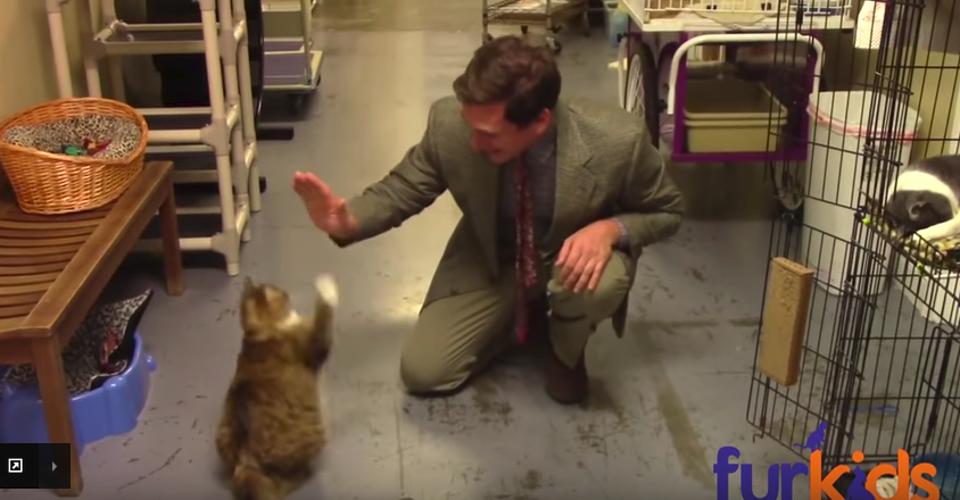 Furkids, located in Atlanta, GA, is a nonprofit charitable organization that operates the largest cage-free, no-kill shelter in the Southeast for rescued cats and Sadie’s Place, a no-kill shelter for dogs.

Helen Preston, a volunteer at the shelter, came up with a brilliant idea: to make an low budget commercial to show the animals from the shelter on social media. Her brother, Paul Preston, who is also a volunteer, thought at an amazing concept and he also plays the part of the used car salesman-esque character in the video.

It didn’t take long for the commercial to become viral and to generate a lot of attention on social media. Since being posted on Internet, the shelter received many donations and adoption applications.

Paul is introducing the cats to the viewers as a sales pitch in an infomercial format.

“Do you like black cats?” he asks the viewers while pointing to a pair of black kittens. “We got the blackest cats you’ve ever seen. It’s like midnight inside a coffin over here.” The humor doesn’t stop here, you have to watch the hilarious commercial!