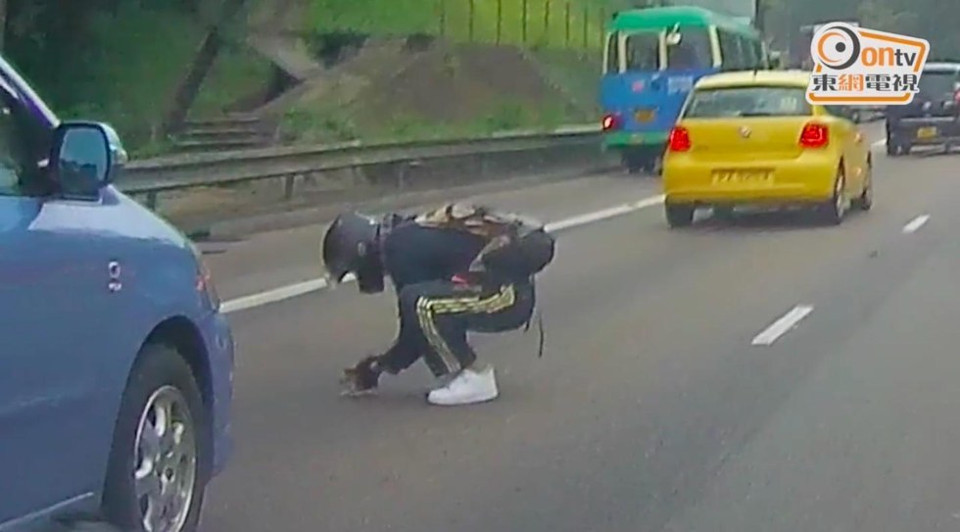 While others kept driving by, a kind hearted man stopped the traffic to save a tiny ginger kitten in the middle of a busy highway.

The ginger kitten was spotted by Lion Rock Tunnel in Hong Kong. There was a lot of traffic on the road, and the kitten nearly got run over many times. Poor kitten froze in fear in the middle of the road. So many drivers just drove around him until the kind-hearted man named Kevin (Kwok Kin Wai) rushed to help him.

He pulled his scooter over on the side of the busy road, and carefully signaled the incoming vehicles to slow down and stop. He gently picked up the kitten and sprinted back to his bike.

The entire rescue was captured by a dashcam and the video was later posted on social media.

Kevin got in touch with a volunteer from a local rescue group to help foster the kitten and get him the medical attention he needed.

“After discussing with the family, we would like to adopt the kitten and let our fate continue on,” Kevin said. “The kitten is named Lion because he was found by the tunnel at Lion Rock.”

Don’t forget to Share this story with your friends.