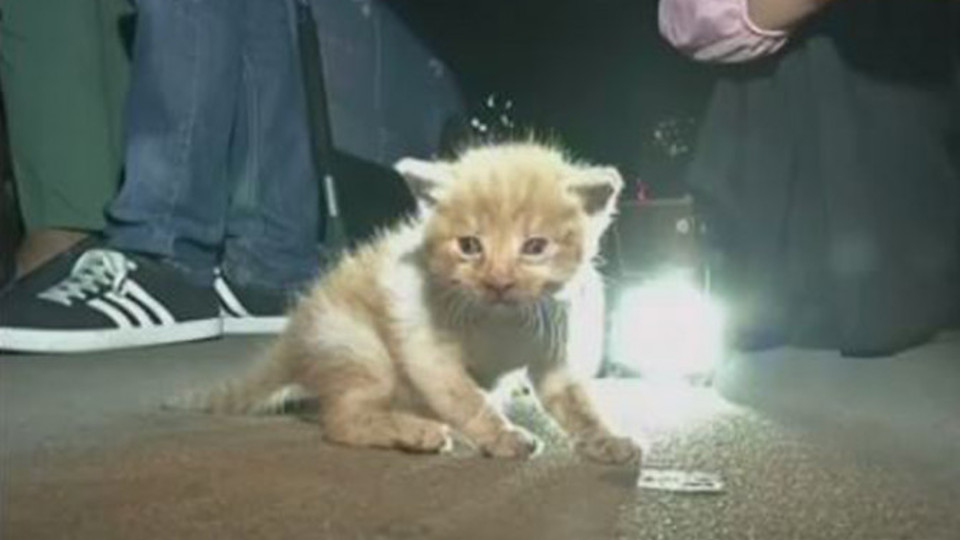 A kitten trapped near a car’s engine in China was rescued from the vehicle after the driver heard its tiny meows.

The car’s owner said she heard the cat on her drive home but couldn’t figure out immediately where the meows were coming from.

The woman remembered that a cat mother had followed her car for miles that morning and she realized that she might have a kitten trapped inside. She called her colleagues and some good Samaritans who came to rescue the kitten in need.

“The mother cat had been waiting for the kitten, refusing to go, which indicated that it was still alive, so we would not give up,” said car technician Zheng Lu.

They tried for hours to get the kitten out and they called a non-profit organization named Sunshine SOS and a car service provider for help. The professional team jacked up the car and removed its engine protection plate. After so much work they managed to pull the kitten out!