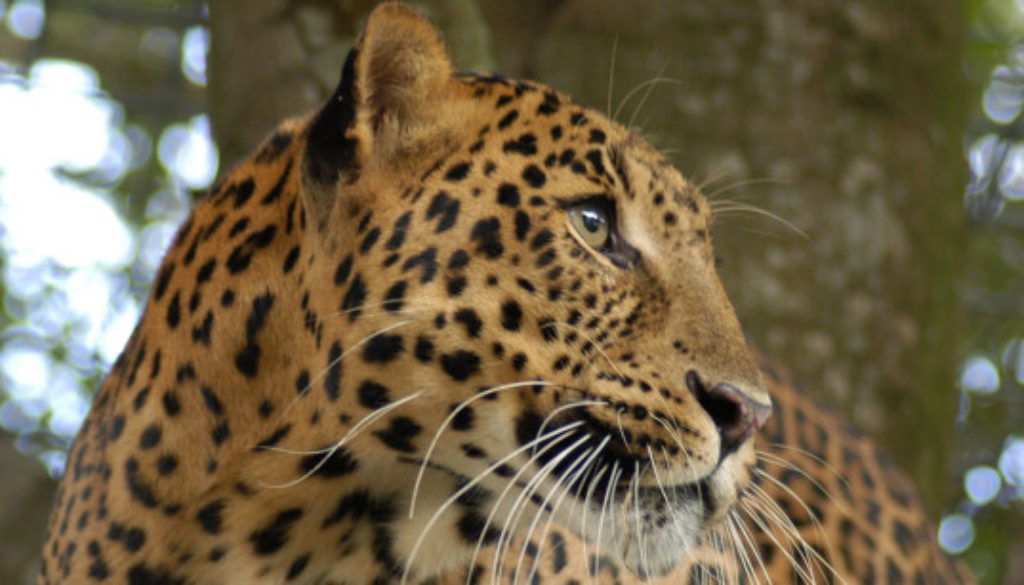 Big Cat Rescue is one of the largest accredited sanctuaries in the world dedicated to abused and abandoned big cats.

The sanctuary is home to about 80+ lions, tigers, bobcats, cougars and other species most of whom have been abandoned, abused, orphaned, saved from being turned into fur coats, or retired from performing acts.

Cheetaro, a male leopard arrived at Big Cat Rescue in November 2003 from a roadside zoo. He was confined to a corn crib with his mate and bred constantly so that his cubs could be sold. They braved the New England winters together where a chill factor of -18 degrees wasn’t unusual.

All that they had was the shelter of the corn crib’s tin roof and a box. They had to survive and endure their fate together. In 2003 the zoo closed. Cheetaro’s mate was sold off but Cheetaro, being male he had no value so he was sent to Big Cat Rescue sanctuary.

At the sanctuary he can now lay lazily in the sun on top of his den, he can hang out on his platform, but he has forever been separated from the mate he loved.

‘We can never make up for the previous life he had to endure, but we try every day to make life as enriching as we possibly can for him.’

‘One of the wiliest cats at the sanctuary, he spends hours stalking visitors from his shaded cat-a-tat. Like all leopards, he excels at sneaking up on people when their backs are turned. The keepers are always very aware of where Cheetaro happens to be whenever they clean his area or prepare his food.’ wrote the team from Big Cat Rescue.

In the video below you can see how Cheetaro spends summers!

For more information about the amazing work of the team from Big Cat Rescue sanctuary, please visit: BigCatRescue.org or Facebook.