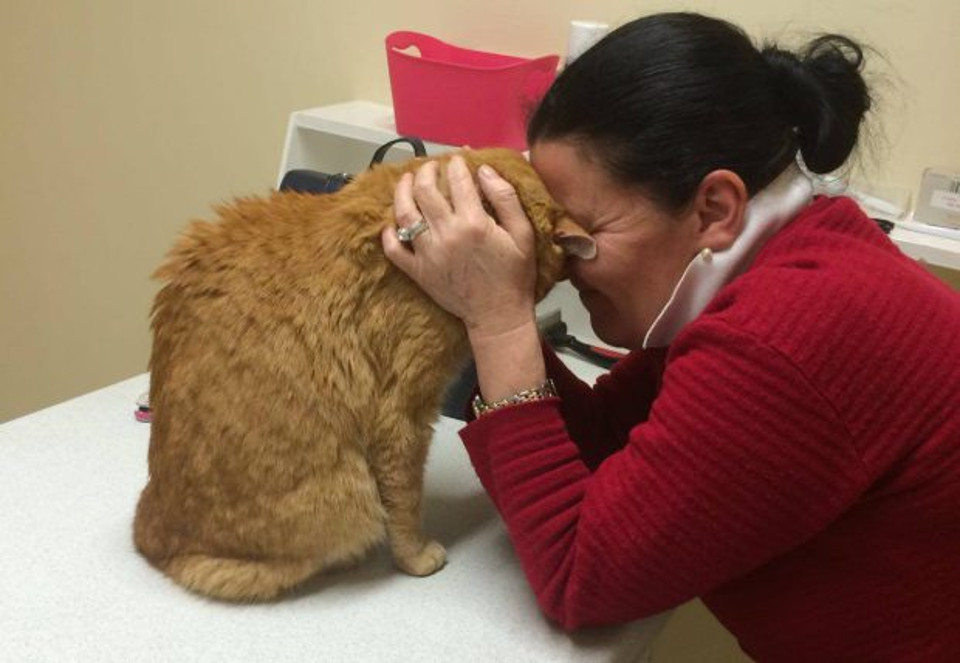 George is a 10-year-old ginger cat who was living in Sydney, Australia, with his mom, Fiona.

Having some health issues, Fiona needed to go back to Ireland last March. At the beginning she thought she will go back in Australia very fast. She decided to leave George in her neighbour’s care.

Sadly, because of her health issues, she couldn’t go back to Ausiralia as fast as she expected. When she decided to find a way to bring George to Ireland, Fiona’s neighbour moved away and George was left alone.

Poor George started to feel lonely so he left away and lost himself. He was lucky when some kindhearted people found him and tracked him down through his microchip and brought him to the local vet in Sydney. He spent some time at the vet, in a small cage. Fiona missed him so much and she knew she needed to bring him to Ireland as fast as possible but she couldn’t cover the travel costs.

Some friends of Fiona decided to to create a GoFundMe page where they asked people to donate as much as they could to raise the €1,600 to bring George home. With the help of many kindhearted people they managed to raise the money needed to send Geroge to his mom.

The meeting between Geroge and Fiona was very touching, the two are really happy to be together again.

‘To have him back is something close to a miracle.’ ‘Hours later Fiona still couldn’t believe it.’ said Fiona.