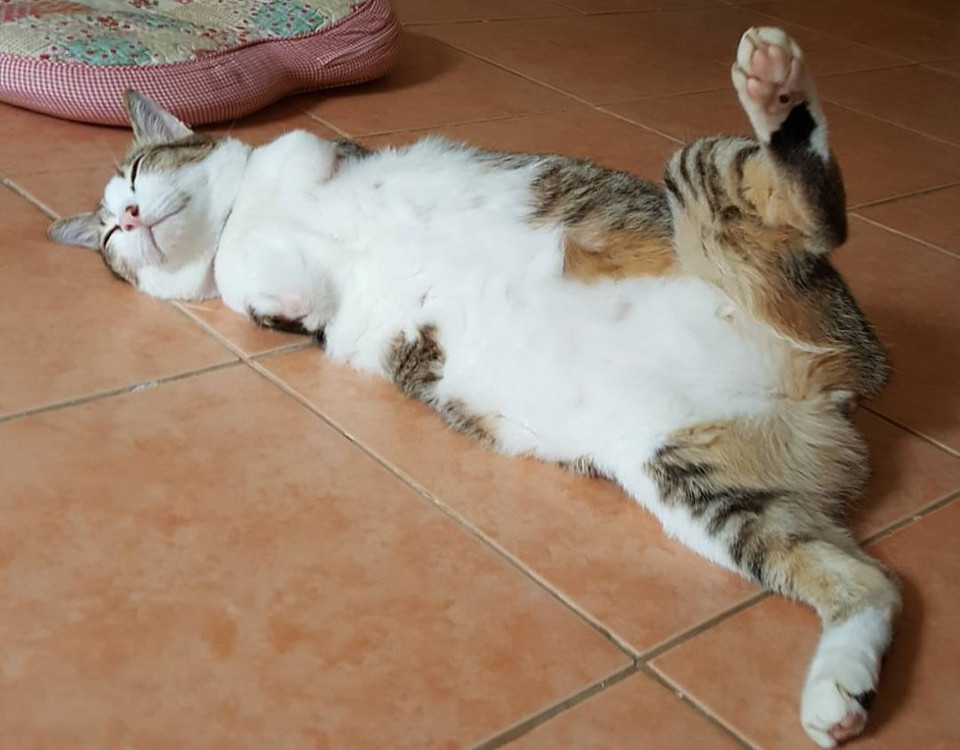 Able the cat only has two hind legs but this doesn’t stop him to do anything just like any other cat.

Able was living as a stray in a city of Thailand. One day, in his attempt to catch a bird, he fell on an electric transformer, he was severely electrocuted and almost died. But he didn’t want to give up! He was found by a kind hearted woman who took care of him and nursed him back to health. The brave cat survived electrocution by losing his front paws and tail. Now he has a lovely family!

“He is a nice kitty, although he’s a bit whiny,” she said. “He likes to play with children and will stare into your eyes to get what he wants.”

Able has two strong legs, he can climb up and down the stairs, he can hop onto the couch for a pet and plays a lot with his toys. He can do anything just like other cats!

Able has an adorable sister named Fin Fin, who is also very special. Fin Fin can’t use her hind legs but can get around just fine. The two are totally inseparable.